Advancing early childhood with the launch of Paalan 1000

On 16 August 2022, torrential downpours failed to deter a passionate group of people from the central Ministry of Health and Family Welfare (MoHFW), state health missions from nearly 20 states across India, NITI Aayog officials, frontline workers, other government representatives, multilaterals, community organisations, and international foundations, from gathering in Mumbai to attend the launch of Paalan 1000 at a 2-day Early Childhood Development (ECD) Conclave. Experts from across India and the world joined the event virtually too. The organisers and participants shared a common goal – a good start for each and every child across the country. 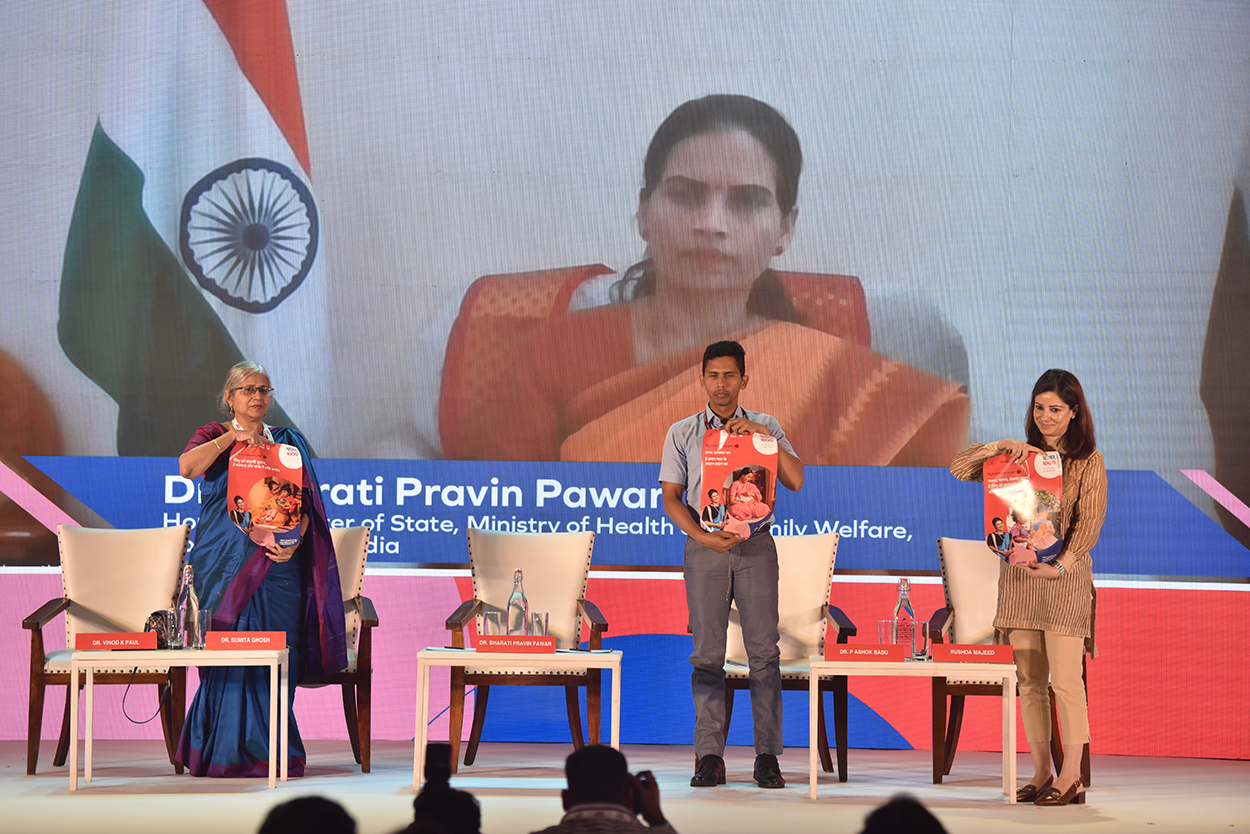 At the Conclave, the MoHFW unveiled Paalan 1000, an initiative focused on the first 1,000 days of a child’s life, including a national social and behaviour change campaign and a parenting app. The programme is part of the ministry’s Rashtriya Bal Swasthya Karyakram and has been supported by the Bernard van Leer Foundation. Dr. Bharti Pravin Pawar, Hon’ble Minister of State, MoHFW launched the programme, campaign and app virtually at the Conclave, while emphasising the importance of the early years for a child’s physical, mental, emotional, cognitive and socio-emotional health. Dr. Vinod K Paul, Member (Health & Nutrition), NITI Aayog, Dr. P Ashok Babu, Joint Secretary (RCH), MoHFW, Dr. Pradeep Vyas, Additional Chief Secretary (Health), Government of Maharashtra, and Dr. Sumita Ghosh, Additional Commissioner In-charge (Child Health), MoHFW were among the dignitaries at the launch.

Paalan 1000 and the role of caregivers

Early experiences have lasting impact on a child. A baby’s brain develops more rapidly in the first 1,000 days – a period from the time a baby is conceived to when she/he reaches two years of age – than at any other point in life. Over a million new neural connections are formed per second, thus impacting the baby’s physical, intellectual, and emotional health and well-being. The involvement of parents, families or caregivers, and communities, who are the primary stakeholders in a child’s life, is critical at this time in order to support the optimal brain and overall development of the child.

When parents talk, sing or play with their babies, they help build a healthy brain that is well wired to learn and to interact with others. The interactions parents have with children also build foundational knowledge – such as vocabulary – on which later learning is built. Parents help young children develop an ability to empathise, negotiate, and interact with others – all these skills are acquired during early childhood. Exposing young children to violence and stress, on the other hand, has a negative effect on the development of these interactive skills. The more babies receive the care and affection they need, the more successfully they will learn to interpret and classify objects, identify language patterns, make themselves understood and develop relationships based on trust. These psychological, social and emotional skills help lay the foundation for a child’s success in the future. 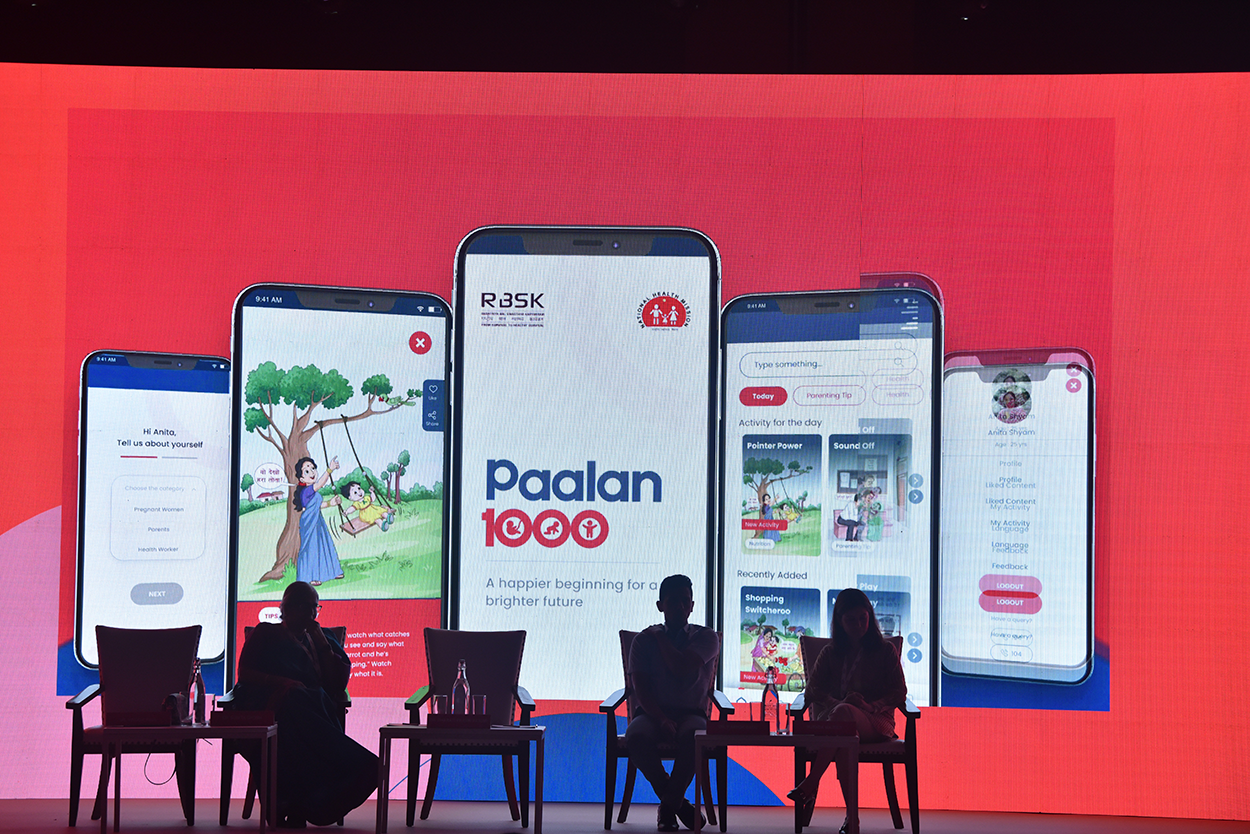 The ministry’s Paalan 1000 initiative is designed to help caregivers support their babies better. Its social and behaviour change national campaign, with television and radio commercials, posters, and social media outreach, aims to equip pregnant women, parents, and other caregivers of young children with key messages on responsive care during the first 1,000 days. In keeping with technological advancements, the Paalan 1000 app is designed to provide information and tips to parents and caregivers on activities to undertake as part of their daily routine to support the healthy development of their child. To make the information accessible and easy for all, the app is bilingual, offering options in Hindi as well as English. More details on the campaign and app will follow on the @Paalan1000 Twitter handle and other social media pages: Instagram, YouTube, Facebook, and LinkedIn.

States and experts speak and share best practices at the launch

Apart from supporting the launch, experts working to further ECD across the nation attended the Conclave to share their knowledge and experiences.

Health mission directors presented the work that states across India have been leading in the ECD domain, including their plans for taking forward ECD initiatives in the future. Meghalaya, Jammu & Kashmir, Assam, Maharashtra, Delhi, Gujarat, Kerala, Telangana, Dadra and Nagar Haveli and Daman and Diu were the states that presented their work at the Conclave.

ASHA workers Samata Mishra and Radha Mishra from Uttar Pradesh’s Bahraich shared how the training they received helped them educate new mothers and their families on breastfeeding, vaccinations, childcare methods and necessary hygiene. 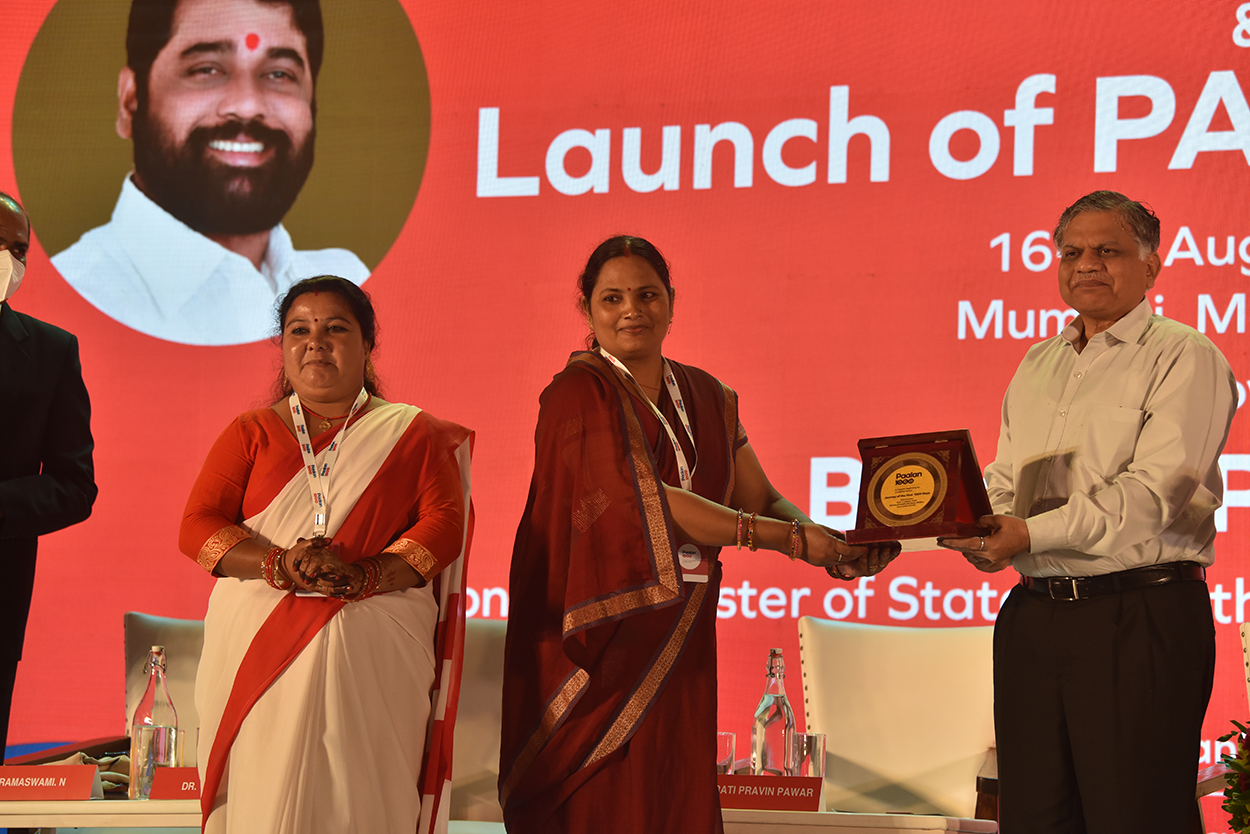 Dr. Pushpa Chowdary from the World Health Organisation recommended capacity building of the health workforce and engaging with families as ECD cannot work in isolation. Mr. Kailash Brijwasi of Jatan Sansthan spoke about how the organisation worked in three locations across Udaipur district and involved local communities to spread awareness on ECD. Mr. Sanjay Kumar from the Aga Khan Foundation spoke about the importance of early stimulation corners in health centers and hospitals.

Paalan 1000 is an significant achievement for all. The Ministry’s focus on responsive care during the first 1000 days and commitment to the cause of young children and their caregivers is a major step forward for the country. With the support of government and partners, Paalan 1000 is poised to make significant contributions towards a happier beginning for a brighter future for every child in India.