“Research shows that 68% of children in favela communities suffer at home”, read the headline above the article in ‘O Globo’ newspaper . “In Rio, 60% of parents in favelas admit to hitting their children” was the headline above an interview with lead researcher Hermilio dos Santos, published by the UOL network. These and other media articles covered research by the Catholic University of Rio Grande do Sul’s Centre for Social Research and Analysis (CAES-PUCRS) into the lives of children in the favelas of Rio de Janeiro. The research, supported by the Bernard van Leer Foundation, was presented on 21 September to community leaders in the favela of Morro da Formiga, Rio de Janeiro.

The presentation drew attention to how violence can affect young children’s development. Among the research’s findings are that:

* Mothers aged 18-19 are the most likely to use violence to with their children;

* Children aged 2 are most likely to suffer violent forms of discipline;

* A lack of public lighting correlates with instances of children suffering violence.

ICOS Cidadania presented the Urban Labs on Child Citizenship project, underway in Formiga with BvLF support, which is designed to develop endogenous community responses to childhood violence. The project works with children in the local school and community leaders, on income generation and public space interventions.

The theme of the project is ‘gentleness generates gentleness’, a slogan designed to show that the cycle of violence generating violence can be reversed. The organisation’s community “multipliers”, Lara Oliveira and Rosana da Silva, gave interviews to the TV Brasil and BAND News TV Stations, who covered the event. They talked about how the recognition of their work gives them strength to continue working to improve family relations within the community. 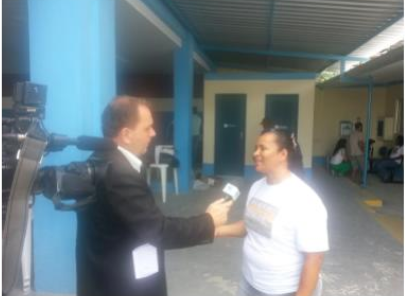 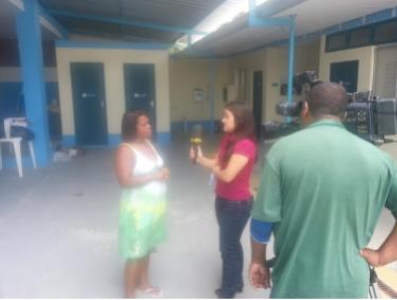