Ending Violence in Children’s Lives: A Resolution We Cannot Afford to Break 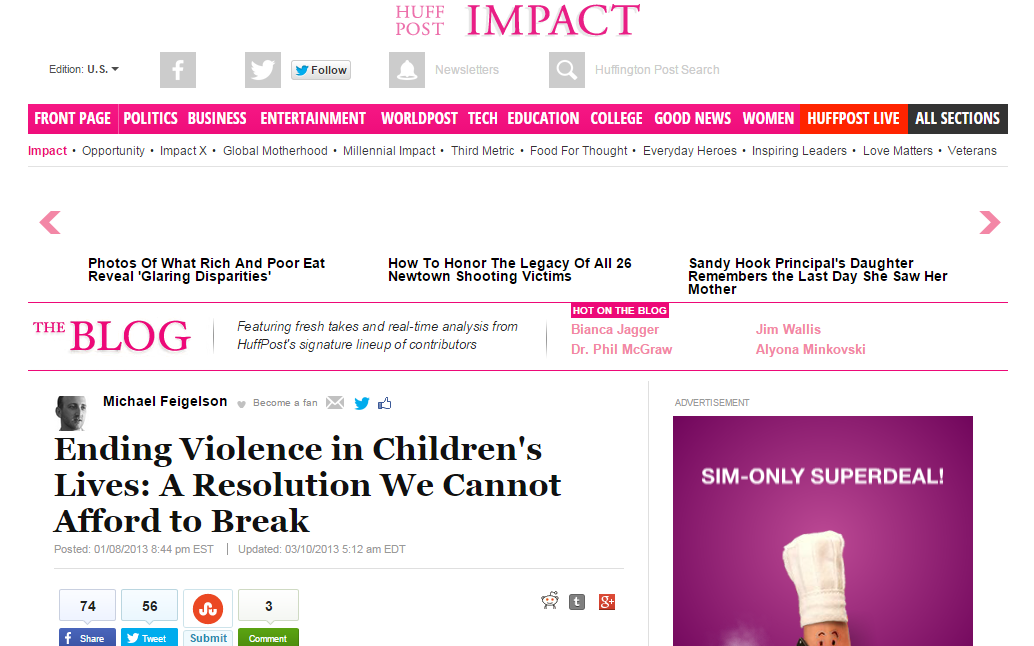 Following the mass shooting in Newtown, expressions of public outrage and sadness have been rampant. The demand for action appears unprecedented. But as we start 2013, we need to ask ourselves why the collective outrage from past tragedies in Aurora, Virginia Tech and Columbine did not translate into the level of action we need. Unlike some of the new year’s commitments we make as individuals, doing something effective about the epidemic of shootings and killings that plagues this country every day is a resolution we can’t afford to break.