The First Education Goal: Some Progress But a Long Way to Go!

The countdown for the Education for All goals is now less than two years away. Goal 1 is focused on expanding and improving comprehensive early childhood care and education, especially for the most vulnerable and disadvantaged children. The recent release of the Global Monitoring Report 2013/14 commissioned by UNESCO reminds us that while there have been some gains for young children, there is still a long way to go (Education for All Global Monitoring Report, January 29, 2014).

Here are some of the highlights:
– While under 5 mortality fell by 48% from 1990 to 2012, an unacceptably high number of young children still suffer from poor health.
– Despite the growing evidence of a clear link between adequate early nutrition and learning, 162 million children under age 5 around the world were still malnourished in 2012.
– Although the global pre-primary education ratio increased from 33 % in l999 to 50 % as of 2011, only 18 percent of children were enrolled in sub-Sahara Africa and the gap between access to quality services between rich and poor children continues.

These facts are particularly troubling given the growing interest and focus on “learning” as the overall goal of education. We know that the gap in achievement starts early, and it becomes increasingly difficult to close it. All too often education becomes a continuous effort to catch up. The goal of early childhood development programs from good health and nutrition to positive parenting and family support to quality preschool is to prevent this gap right from the start.

And once children enter primary school, they need to be greeted by quality education including trained and supported teachers, smaller groups and adequate and appropriate classroom environments. Yet the Global Monitoring Report revealed that 10% of global spending on primary education is being lost on poor quality education that is failing to ensure that children learn. This leaves one in four young people in poor countries unable to read a single sentence. Unfortunately this gap in learning is echoed in many wealthy countries due to growing inequalities.

More than two decades after the inclusion of early childhood in the education goals, the evidence that we can make a difference in the lives of young children has increased dramatically. Over the next two years, as we head into the Post 2015 MDG period, there needs to be even more attention to the early years in order to achieve long term health and learning. Improving the living conditions of young children and their families, and assuring quality early experiences must remain central to these efforts. 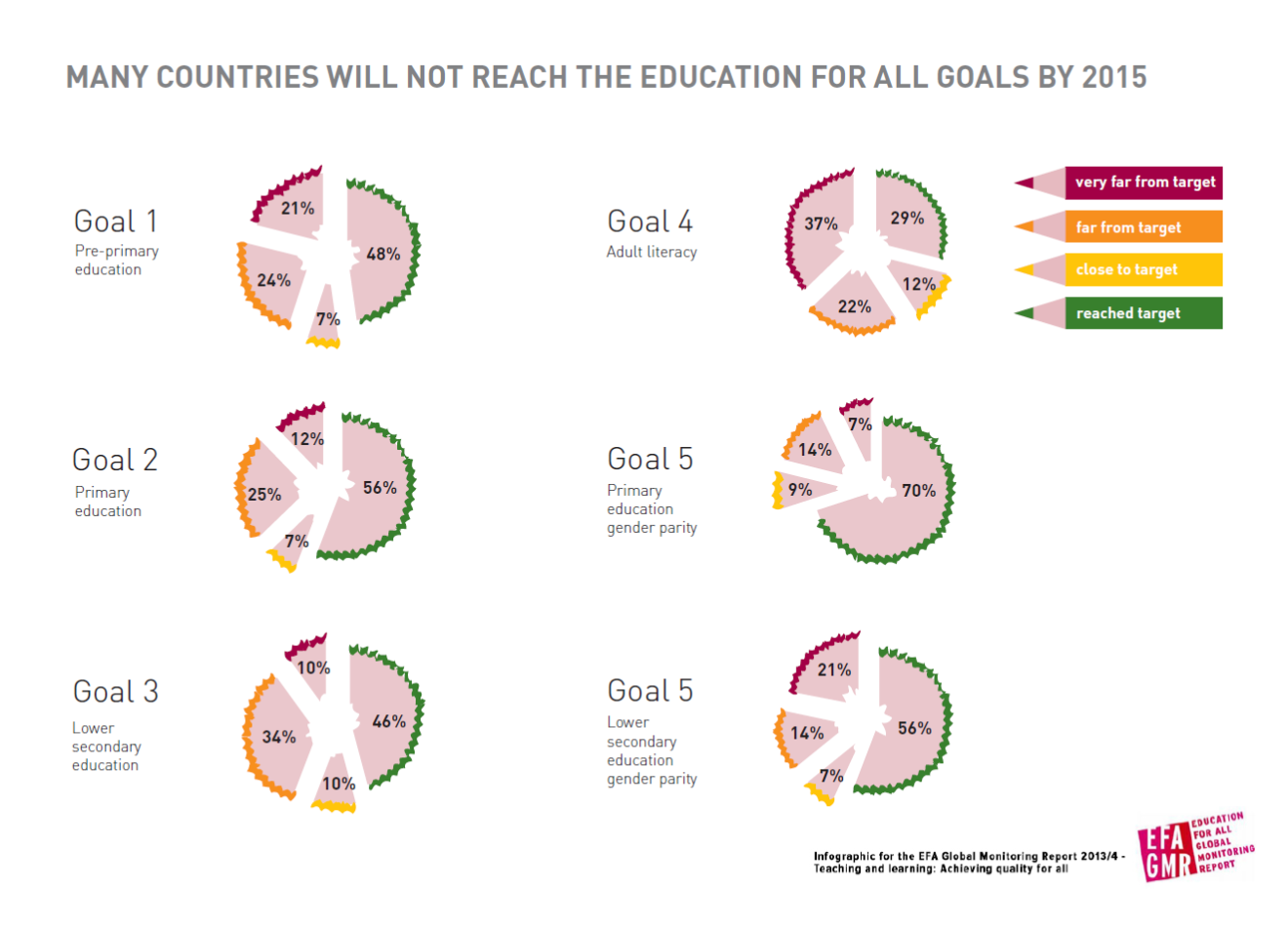