From Cascais with blog 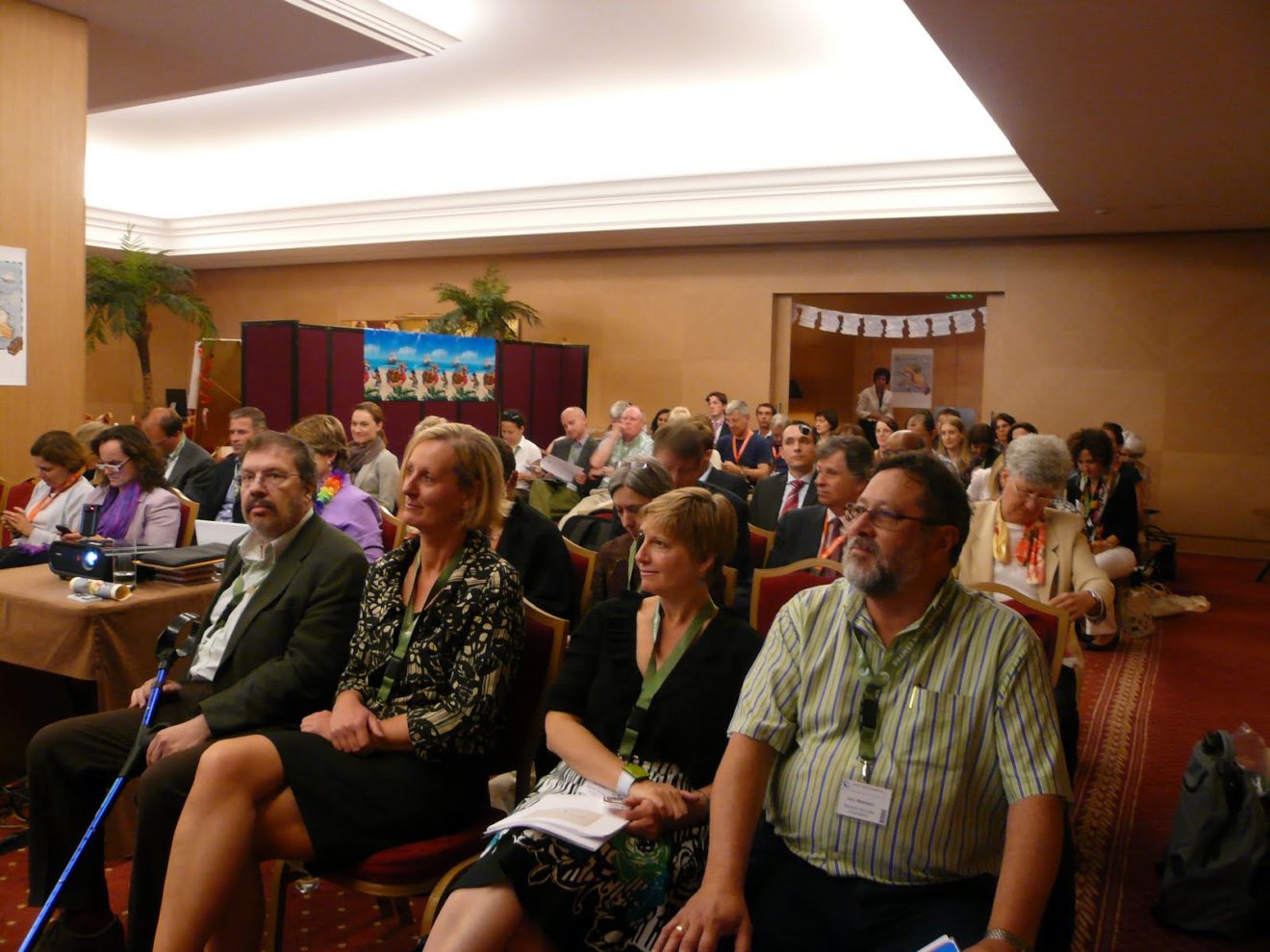 The NEF partnership run a workshop with the title ‘The likely future’. The aim was to first define the facts that define the current scenario in which European foundations work. The panorama shown was quite pesimistic with a facilitator encouraging participants to provide some bright side to it. Not easy. However, as Spanish citizen, it was great to hear about ‘what happened in Spain last week’ as a positive example that civil mobilisation in Europe -and by youth- is possible. In brief, the current context and trends was described as follows: End of EU enlargement, increase of nationalism and populism, social gap widening -and as a result, more rich people with the will to create foundations-, cuts in social issues, increase of urbanisation, increase of migration -affecting young children-, aging population, education economically driven, etc.The challenge of this session was to predict what the situation in 2020 will be and what role foundations should play. Despite the difficulty to foresee what the panorama will look like -and it’s only 9,5 years ahead-, most people agreed that local solutions will be the answer and more concretely, the city as the setting where to act to make a difference. The challenge for foundations will be to decide whether to be seen as part of the establishment or part of the social change. Foundations role, projected in the future, is seen as intermediaries between policies and practice. That is, not much change. The challenging quote of the forward-looking exercise was ‘and where is China?’

We, Marc and I, missed the last part of the session to run to the impact island session, led by our Bernard van Leer Foundation colleagues (Lisa and Selim) and Bertelsmann Foundation, mainly. First impression when getting into the room was that that session will definetly be different. By being welcomed by the captain of pirates, Gerry Salole, everybody was taking a seat, getting a map of Impact Island and a sort of calculator nobody knew what that was about… yet!

After a nice introduction by Martine (Bertelsmann Foundation), our team took over. First, Selim with a very nice and interactive presentation (the ‘calculator’ came to stage), and then Lisa running the rest of the plenary session with the complicity of Steve (Joseph Rontree Trust-UK), invited as the sceptical one, and the lively participation of the audience. 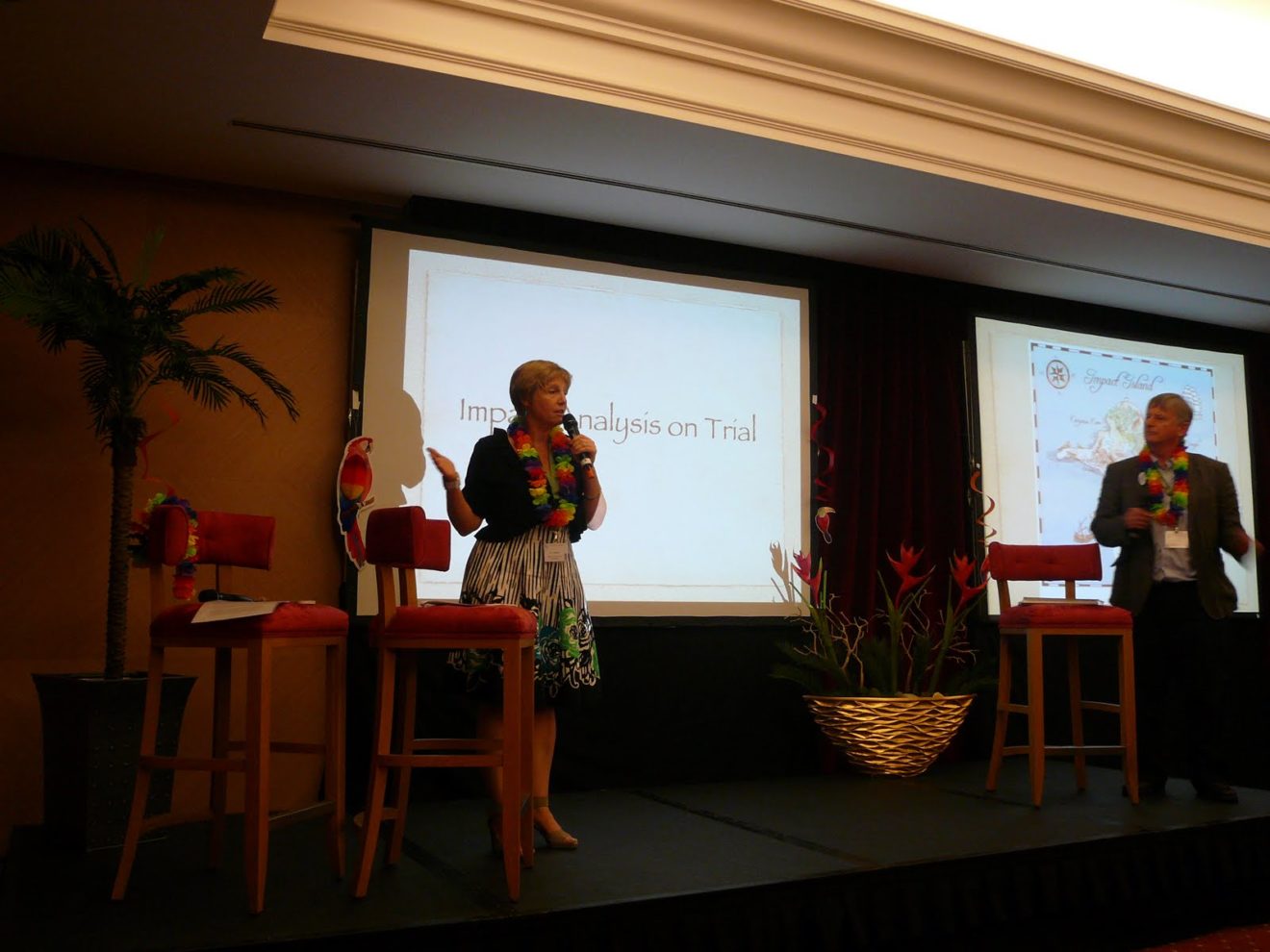 The conclusion of the session was that exactly 80% of participants believed impact evaluation is both a learning and an accountability tool. Not surprising, right? The discussions during the 5.30 hours session provided interesting insigths.

Among others, for example, that social change needs a long term perspective to make it happen, when do you evaluate then? (I liked the ‘graphical’ way to put this issue: “social changers vs social engineers”); the risk with evidence-based grantmaking is to stop doing things because you think ‘is just right’; when sharing results with external audience one’s might be aware that can destroy an organisation/grantee; also related to communication, are we socially injustice if we don’t share what we are learning/evaluating?; when too much focused on data for evaluation, the risk to get into ‘paralysis by analysis’; and many other…

More closely related to the fact of communicating evaluation, the need to be strategic to communicate ‘what’ for whom, finding the right timing, doing it in innovative formats (documentary film, art, field visits). Going back to the basics, whatever communication action should be closely related to the purpose. The ‘Communications Crest’ within Impact Island couldn’t finish without bringing up the social media angle. Besides all its benefits, we should be aware of the the risk of over simplification.

We heard very positive comments about the session for the way such a dry issue was addressed in such a nice and interactive manner. And not only that, we witnessed ourselves: the session was a success. I believe the session had an impact -in a way or another- on most participants. What I wonder now is what impact the session had on Lisa. We’ll hear from her soon, I’m sure.