Campaign on Early Childhood Education in Mother tongue for tribal children across India gets new ambassedor.

“Language is a great barrier to learning, especially during the Early Childhood days of schooling. Tribal Children who are not taught in their own dialect or their mother tongue in the initial years find learning difficult. Tribal children have a right to study in their mother tongue,” said Dilip Tirkey.”It’s my privilege to be working for an issue that is so close to me”, added Dilip 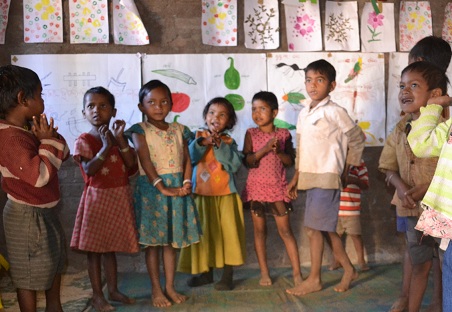 ”As a tribal, I feel so proud of our culture and believe if the language barrier is broken then children from all tribal communities, get access to not only education, but also get a chance to take up their passion in sports, painting or any other creative avenues.”
The campaign on Early Childhood Education in India asks policy makers to improve the existing laws for children between the age group of 0-6 years of age to include the needs of young tribal children.

Dilip Tirkey, hails from the tribal dominated district of Sundergarh Odisha. He is the former captain of the Indian hockey team. On March 22, 2012, he was elected unopposed to the Rajya Sabha as one of the three candidates to the Upper House of Indian Parliament.