How can our cities be better prepared for epidemics?

The coronavirus pandemic has forced us to rethink economies, delivery of social benefits, business models, and even the way we work and live. It is time to think about how cities can prepare for such crises in the future – especially when it comes to safeguarding young children and supporting their families to take care of them.

Urban spaces hold the key, especially in cities with large populations such as in India. 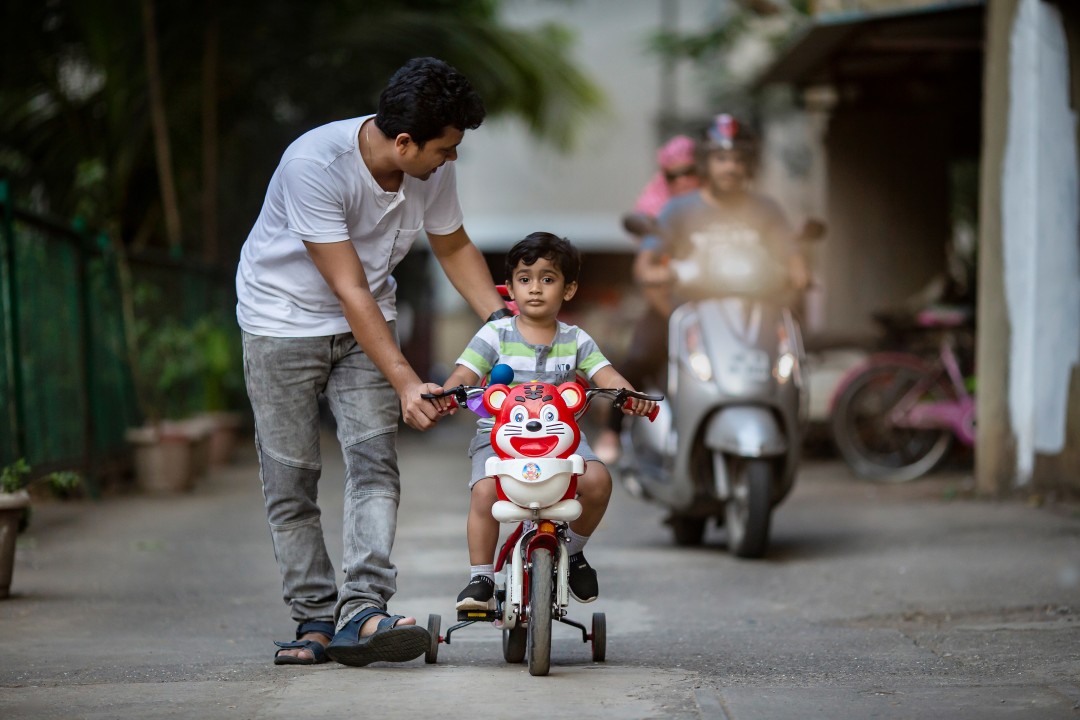 Today, people are out in public spaces sparingly and, for many of us, the world has shrunk to our homes. Our urban areas are not designed to cope with such an outbreak, even though they aren’t strangers to it – Mumbai, for instance, suffered during the devastating bubonic plague epidemic of the late 19th century.

The population density in our cities is growing – Mumbai’s, for example, is 31,700 per square kilometre, according to the World Economic Forum, as opposed to 20,482 per square kilometre in the 2011 census – and we need to invest in public spaces that are safe and habitable, especially for our youngest residents.

Our population densities – among the highest in the world – are fed largely by people seeking livelihoods. While our urban centres are drivers of economic growth, the bigger and more connected they are, the faster a disease outbreak will spread.

What cities can do for children

Birth to age five is the most critical period of life – it is when the brain develops most rapidly. During the first 1,000 days of a child’s life, more than 1 million new neural connections are formed every second, building the foundation for cognitive, socioemotional, and character skills, such as attentiveness, motivation, self-control and sociability — foundations that serve babies later in life. It is also the most vulnerable age. Therefore, child- and family-friendly safe public spaces and supportive urban design are the key.

No wonder calls for cities to focus on health in their planning have been growing in recent years. Asian countries like Singapore and Japan are building therapeutic areas in public parks and greening neighbourhoods. In India, too, there is an urgent need to invest in neighbourhoods and public spaces that support the mental and physical development of children and their caregivers while ensuring safety from communicable diseases.

Urban design can help reduce congestion while supporting the creation of more open green areas and neighbourhoods to support a better quality of life for babies, toddlers, and their families. Urban families, especially those living in poverty or in informal settlements, benefit in transformational ways from more — and more accessible — services, transport, and safe, clean, green spaces for small children to play and families to gather safely. While good public transport is important, it is also critical to be able to walk safely, comfortably, and quickly to where young children and their caregivers need to go. It is for this reason that cities such as Paris are pioneering the 15-minute neighbourhood concept. And in India, Pune and Udaipur are making progress towards safe, healthy spaces.

During past epidemics, such as the Ebola outbreak in West Africa in 2014-16, children represented a large proportion of the victims. In fact, Ebola proved to be deadlier for children than adults – it killed 90% of infants and 80% of children under the age of 4 it infected, according to a new report. One of the greatest learnings from the epidemic was that children, especially the very young, need special protections – from hygienic surroundings to accessible, safe and clean spaces, and regular medical attention.

A focus on urban health and sanitation is therefore key. An emphasis on sanitation—an area that is already showing gains as part of the Swachh Bharat Mission — especially in and around early childhood services such a childcare centres, health centres, and schools is necessary to protect infants and toddlers, who are especially vulnerable to disease outbreaks. Similarly, city planners and health officials should work together to make sure that residents have access to clean water and safe housing.

Finally, civic agencies’ responsiveness depends on strong coordination and information flow among the multi-level network of agencies – from water and sanitation to health, transport, parks and gardens, housing, and finance – to respond quickly and effectively. Some cities, such as Udaipur and Pune, are working towards data dashboards for a variety of early childhood services. Such dashboards, tailored to emergency response — with updated information on hot spots, potential high-infection zones, or hospital bed availability and focused on vulnerable populations, especially children— would serve cities well during an outbreak.

Covid-19 has shown that our cities will be at the forefront of the fight against future disease outbreaks, natural calamities, or other disasters. Urban design, urban services, and civic agencies will play a critical role in keeping residents safe – our youngest and most vulnerable among them. The time to prepare is now.