How can we take care of our children in a city?

Child rearing is one of the most difficult but loving and fulfilling tasks in the world: feeding, cleaning, playing, stimulating, educating, carrying, healing when they are sick, and the list goes on. Contrary to common belief, caregivers spend more time outside than inside the home. And when public space is hostile to caregiving, it becomes a more individualised, demanding and solitary activity – as you will know if you have attempted to breastfeed standing up, change a diaper under the shade of the only tree on the block, or struggled to find a place for socialising with other parents while children play.

How can we make this seem less of an impossible mission? We proposed to the Bernard van Leer Foundation’s Urban95 Challenge a project that combined approaches at the intersection of these everyday problems.

To begin with, we designed prototype ‘parenting-friendly pop-up urban furniture’. Our lightweight aUPA Kits can be folded up to be easily carried by caregivers in their daily lives, and assembled in a few minutes to form a shelter where a caregiver with a young infant can breastfeed, change a diaper or just sit and relax. If multiple caregivers bring them to the same place they can be grouped together, marking out a place for kids to play. 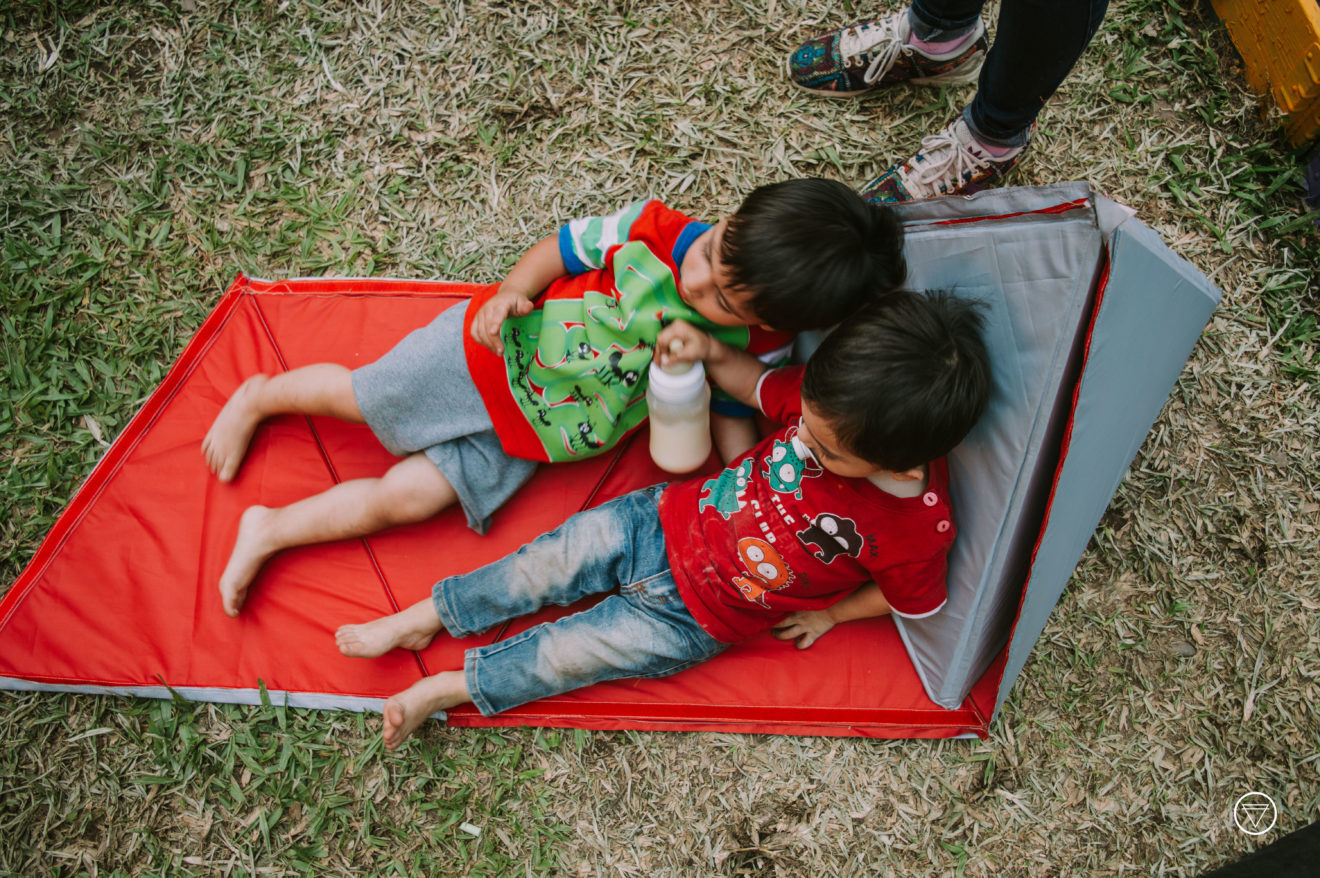 Then we set out to identify ‘urban voids’ – unused places in the city which could potentially be reclaimed for families. We surveyed more than 500 possibilities.

Last but not least, we set about generating parenting supporting networks. We connected the dots between the stakeholders whose involvement is needed to improve the liveability of a city for caregivers with young children, including NGOs, land owners and the local administration. We held 15 workshops, talks, and meetings with more than 400 participants, and established 20 partnerships with foundations, civil society organisations, unions, academic institutions and government at all levels – municipal, provincial and national.

Put them all together, and you see parents converging on an urban void with their aUPA kits for events, to which the project brought additional play material. We call the resulting place an aUPA Space – as we put it, it’s a MicroPlaza in a MicroSpace for MicroMeetings. You don’t need much space to generate child-friendly locations for families to socialise. We temporarily recovered 150 m2 of urban voids, and during seven interventions days more than 200 people enjoyed using these spaces. 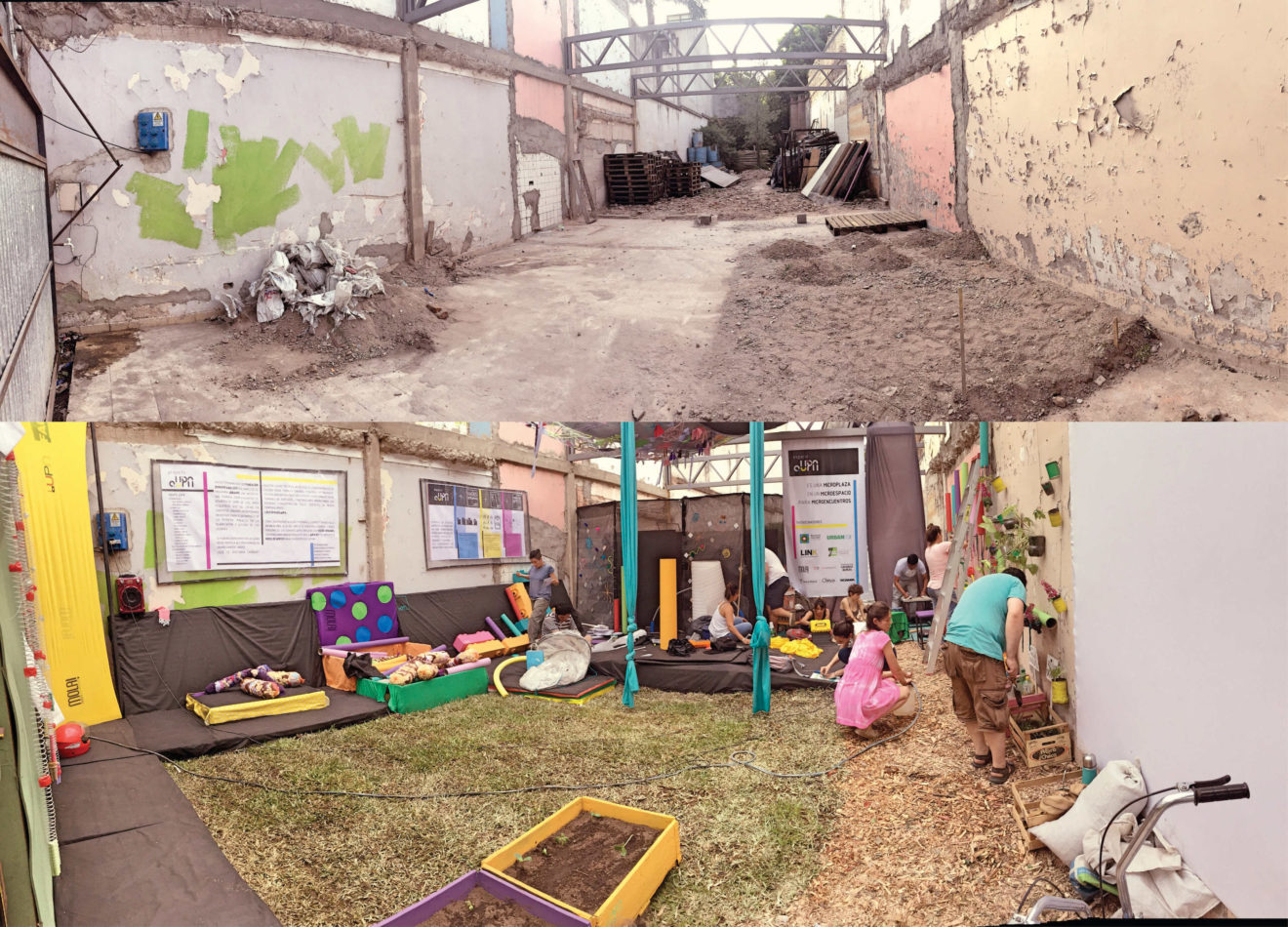 We have set a precedent, demonstrating that empty spaces can quickly and easily be transformed, and encouraging people to self-manage other potential spaces. Fortunately, this is already happening, and we are even receiving offers the owners of unused private spaces who are happy for them to be used temporarily in this way. Of course, in an ideal world, the authorities would step in to create permanent spaces.

During this project we also saw the importance for early childhood spaces of stimulating imagination and invention. Especially appreciated in our aUPA sessions have been mobile elements that bring movement and fluidity, soft surfaces that blur the boundaries between horizontal and vertical, textures, colour contrasts, and lights and shadows. 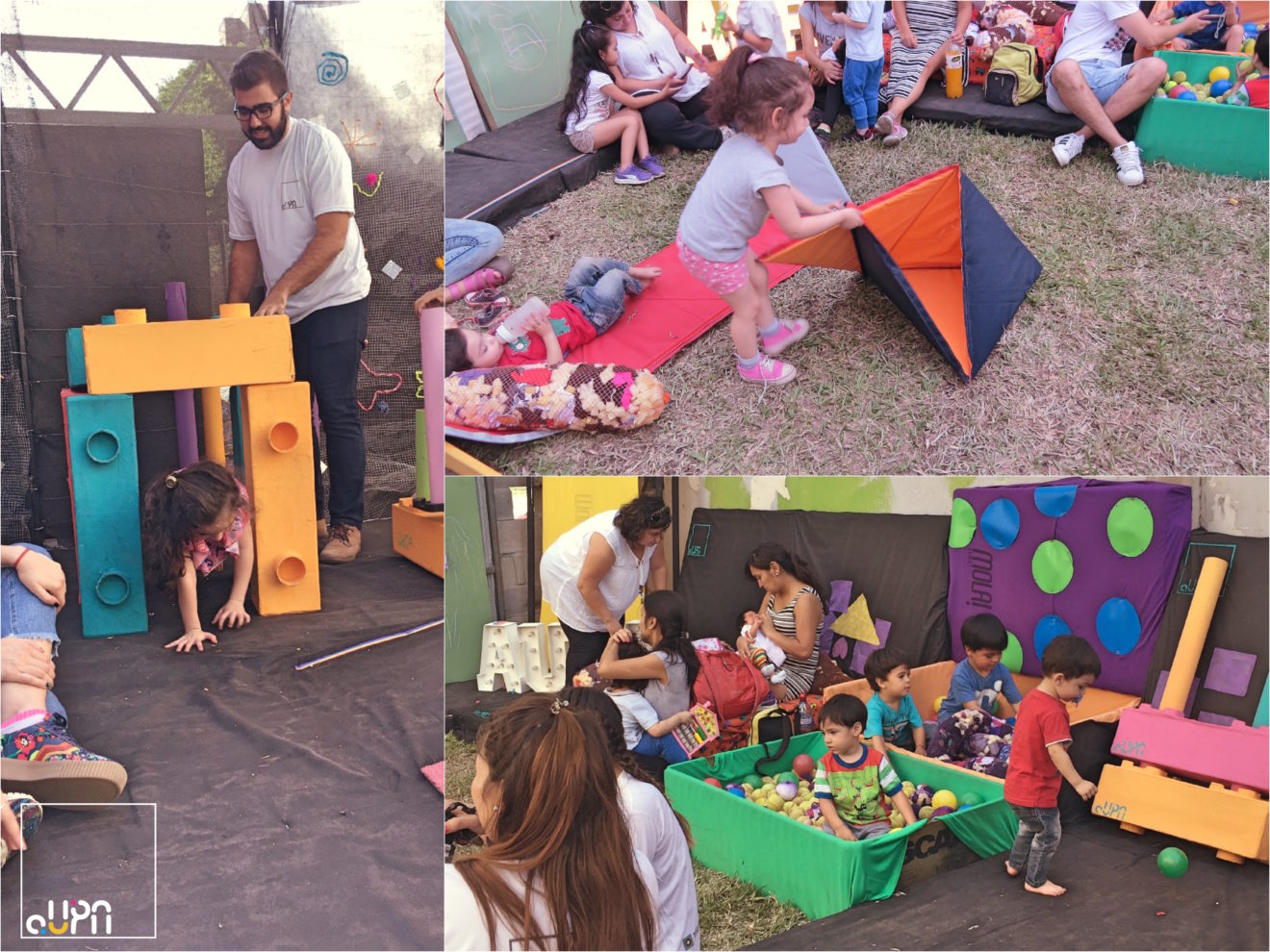 Through this experience we have introduced early childhood and care and a gender perspective, and its relationship with the city, to a wide and varied group of some 8,000 people including construction entrepreneurs, government officials and NGOs. The project generated media coverage and interest on social media. Building on the conversations we have started, we are now looking to develop further proposals to transform the city we have into the city we want. 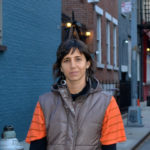 Author: Verónica Mansilla is an Argentinian Architect with a Master’s Degree in Design, Art and Public Space from the Barcelona School of Design (ELISAVA). Currently, she is working in the Disability and Social Inclusion Program of National University of Tucumán, Argentina, and as a freelance architect. She has won awards for her activism on public space, and co-directed with Maria Lombana the aUPA project, a winner of the Bernard van Leer Foundation’s Urban95 Challenge fund.