On 10 December 2015, Peru became the ninth Latin American country to pass a law against any kind of physical or humiliating punishment for children. Parliament approved the law with 74 votes in favour, one against and two abstentions. This achievement marked the culmination of the “Childhood without Punishment, Childhood without Violence” campaign run since 2007 by INFANT (Instituto para la Formación de Adolescentes y Niños Trabajadores, training institute for working children and adolescents), with the support of the Bernard van Leer Foundation and other organisations. The children and adolescents of INFANT played a key leadership role throughout the campaign. In this interview Gabriel Herrera Céspedes, 12-year old child advocate from INFANT, talks about his role in getting the law approved, the next steps to be taken and his dream for the future.

What’s your name, how old are you and where do you live?
Gabriel: Gabriel Herrera Céspedes. I’m 12 years old, and I live in San Juan de Lurigancho, a district in Lima.

When and why did you join INFANT?
Gabriel: When I was 8 years old I began to like having and expressing an opinion, and reading and finding out information. But I never thought I’d have so much to talk about and know so much about my society.

I started to go to INFANT meetings in 2014. I joined because I liked the way the institution works and its view of childhood and how we can make change happen through our actions. I liked INFANT’s mission – to ensure that all of us, boys and girls, are able to strengthen our character traits and know what our rights are and how to get them respected.

"We need to get the message through to people that applying discipline through physical and humiliating punishment is not the right way to do things and that instead we can use tools like dialogue and negotiation to educate children."
Gabriel Herrera Céspedes 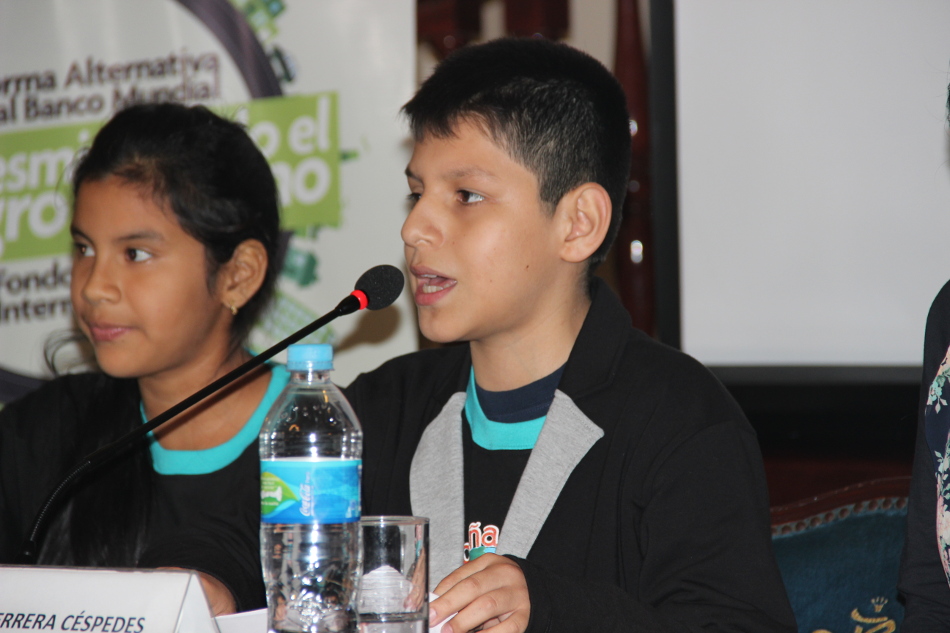 What did your parents say about you joining a children’s organisation?
Gabriel: When I first started going to INFANT, my father would say “children always think they can change the world, but nothing ever really changes”. I used to say to him, “just wait and see”. Now the law has been passed, he sees that people can achieve their goal if they fight and get support.

I should also say that my parents are proud of me and they tell me that every day. Their support has helped me a lot. They say it’s important that we children know about politics and human rights, and if we don’t understand something we should ask our parents to explain it to us.

What kind of activities have you done as part of the campaign to get approval for the law against violent and humiliating punishment of children?
Gabriel: Along with others I visited Congress to make representatives aware that lots of children are punished here in Peru and we want them to approve a law against physical punishment. We went to Congress day after day; we spent so much time there, we could have been mistaken for Congress staff! Sometimes we left feeling defeated and thinking that the law wasn’t going to be approved, until finally we did it.

I also helped publicise the campaign on social media, as well as interviews with the media to raise people’s awareness of the importance of this law.

And I was part of an action called “A Hug for Childhood”. I’m really proud of that because it sent out a great message, not only for me but also for my family, my friends and the guys at the organisation too. It was awesome, the first time I’d been part of such a big event – an experience I’ll never forget. We got complete strangers hugging each other in the Plaza de Armas square in Lima. People were coming into the square and looking at us in amazement, we must have looked crazy. So we’d take their hands and say “Sir, madam, give each other a hug”.

What did you do when you found out the law had been approved? How did you celebrate?
Gabriel: I got a phone call at home when I had just got back from school to say “the law has been approved”, and I rushed to my computer and saw that people had been posting on social media about the debate all day. I read all the INFANT posts and shared them. I was very excited, my parents congratulated me and said it was a great triumph for us and for the INFANT team because we’d fought so hard to get the law passed. I met up with friends to celebrate. We felt very happy, but it was also a moment to stop and think about mistakes made and the lessons learned during our struggle.

Why is it so important that the law has been approved?
Gabriel: We need to get the message through to people that applying discipline through physical and humiliating punishment is not the right way to do things and that instead we can use tools like dialogue and negotiation to educate children. We don’t have to hit or abuse someone to make them a better and more professional person in the future.

More broadly, I think it’s an important step forward for improving as a country because childhood should be a top priority. For example, in election debates nobody talks about children as one of the main issues. In Peru our voice often isn’t heard, that’s why it’s important that this law has been approved, because all the children in Peru will benefit at last. Now we have to fight to get this law actually put into practice. 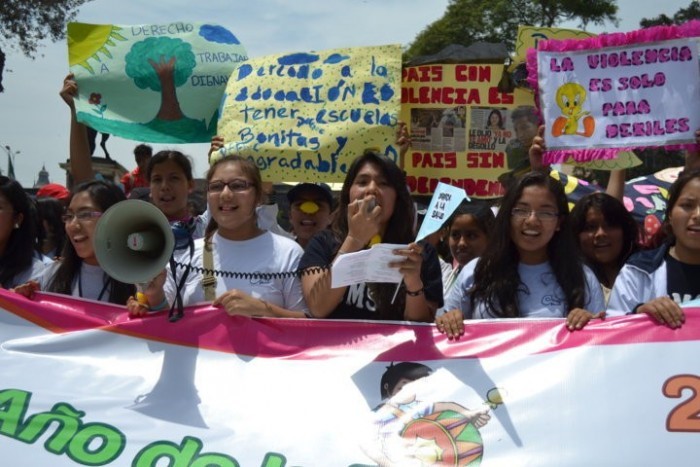 What things still have to be done to ensure it’s actually implemented?
Gabriel: We’re going to fight to make sure that people know that there’s a law, and that children know their rights. It’s important to set an example in our own homes, neighbourhoods and districts to get people to understand that physical punishment mustn’t be used any more, those days are over.

Were you ever physically punished or humiliated by your own parents?
Gabriel: Not severely, though I did get shouted at or given a smack, and that’s not justifiable. At home I talked with my parents about how to improve the way we discipline children without needing to smack them. My parents realise now that you can educate in other ways, that my brother and I don’t deserve to be physically punished or humiliated because that’s going to traumatise us and the chain of violence just carries on.

My mum and dad have understood that, and I’m pleased because now they really know how to teach us and we talk about how we want to be protected. They think the campaign was important for improving society because the information it gave people meant they could think about the issue and do their bit towards changing things for the better.

What’s your dream for the future?
Gabriel: I’d like to be a psychologist and work here in my country because I see a lot of problems and I can do something to correct them. I can do work out in the community to motivate people to work together, help children in their homes, and so on. You don’t have to go abroad to work.

Eventually my dream is to be president of Peru. I want to be a president who is concerned about childhood, with an overall vision, who doesn’t only focus on the economy but on how to keep people united, how to give children a good education, and who works towards reducing violence in all its expressions.

A president must take this on board so he or she can fight and set themselves the target of improving our country. Everyone starts off by being a child, we learn from childhood and we want an education that makes us into great adults. These are really important issues that a president must tackle to make our country a better one.