On 21 March I joined the premiere and press viewing of the Klokhuis series on child abuse in the public library of Amsterdam. The series is produced in cooperation between the NTR (national public broadcasting station) and the Bernard van Leer Foundation. Present during this event were producers of the series, the ombudsman for children Marc Dullaert, and individuals and organisations that were involved in the production of this special series. They included the children and young men and women that tell their personal story in the series, paediatricians and teachers.

During the premiere and the press viewing, the presenter of the episodes Doloris Leeuwin introduced the series by interviewing the initiators of this production, the NTR and BvLF. Then different episodes were showed, followed by interviews with the main characters of the episodes, a school teacher and a few school kids who had seen the episodes. I experienced the episodes as very special. Children/young adults tell their own child abuse story with examples and with solutions. They touch a delicate subject which is currently a taboo in a way that enables children to talk about it. This already happened during the premiere, where children opened up after seeing 2 episodes. Also, the adults present during the premiere reflected on their own childhood and were very open about it. The subject of child abuse is presented in real Klokhuis style, giving information about the subject alternated with short animation and songs that relate to the subject. This mix gives the balance to every episode and gives food for thought and discussion.

This Klokhuis series is intended to make children more aware about child abuse, give them more tenability and encourage children and others to take action when they are experiencing child abuse themselves or when they know other children that are victim of child abuse. To support the series Klokhuis and the Foundation have also developed a website especially for children (www.hetklokhuis.nl/kindermishandeling) that gives more information and guidance on how to find support. In addition all 8000 primary school s in The Netherlands received lessons connected to each of the 4 episodes in the series. The lessons consist of video clips and talking points that allow teachers to go more in depth on the subject with the children at school. The series, website and lessons are available year round so schools can take on the subject at their own convenience. In the final lesson the children create a logo against child abuse in connection to the series slogan ‘Child Abuse, you can do something about it!’.

I strongly recommend everyone to watch the series and spread the news so we can empower children in making them aware, giving them more tenability and encouraging children and others to take action when they experience child abuse or when they know others that are experiencing child abuse: 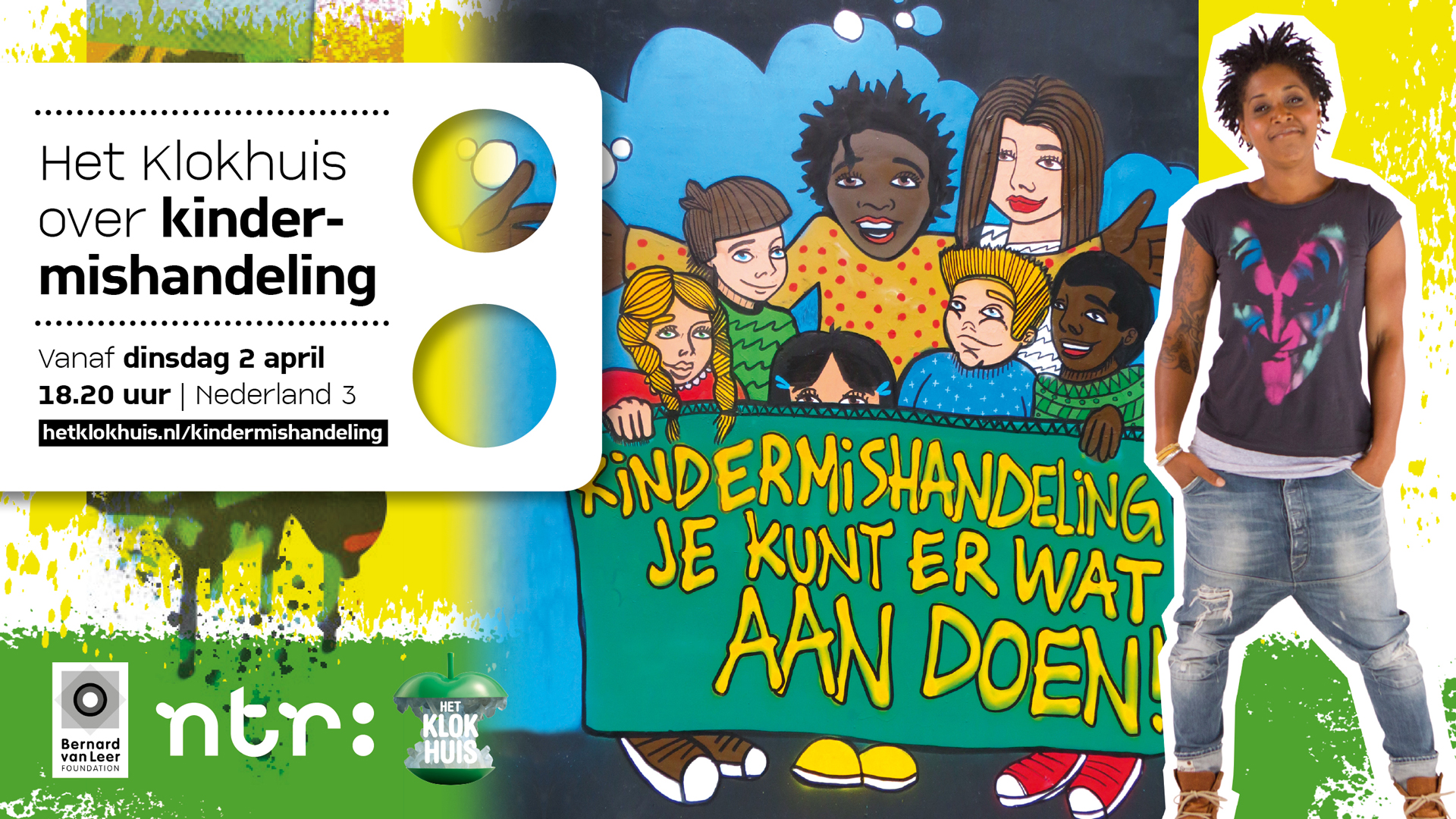 CHILD ABUSE – YOU CAN DO SOMETHING ABOUT IT!

The Klokhuis episodes about child abuse air on Tuesdays in April at 18:23 on Zapp Nederland 3:

Neglect is the most frequently occurring form of child abuse. This episode explains neglect, how you can recognise it and how it is as a child to be neglected.

This episode explains the different forms of child abuse, how teachers and doctors can recognize child abuse and how it feels as a child to be abused.

What can help for children and parents offer you; how can your home become a safe place again, how can you become stronger as a child and how can you process trauma’s.

In the beginning of April, more information will be available for children on www.hetklokhuis.nl/kindermishandeling