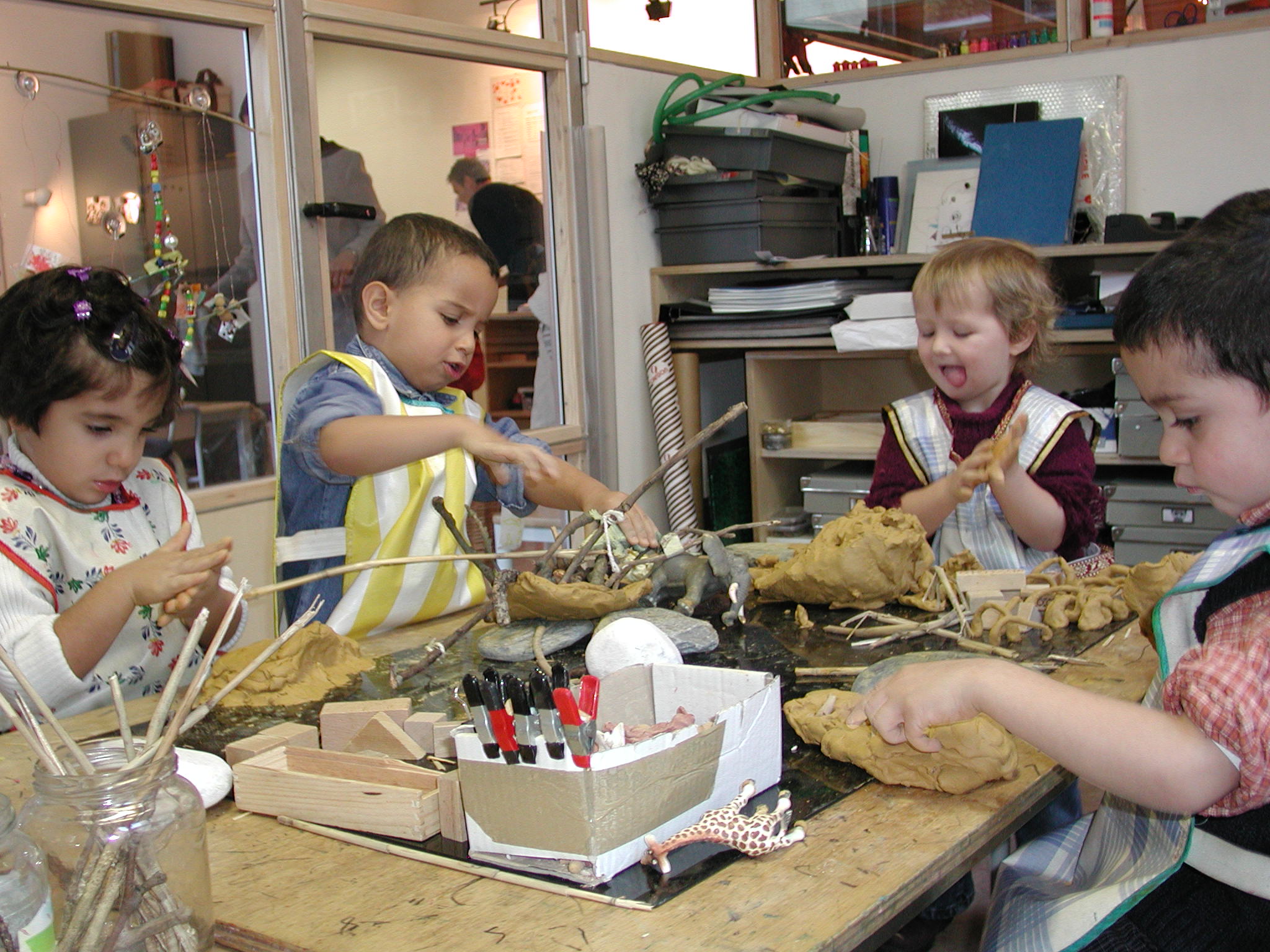 If you observe young children you can see they are little scientists, exploring the world and trying out different things, breaking things and putting them back together. Or, at least, trying to – it turns out that an iPhone is tricky.

Recently I visited a preschool with the CEO of Philips in the Netherlands, and he said to me: “How come I am spending millions on getting my staff to be more creative and innovative when these young children are creative and innovative naturally? What is wrong with our education system when we are allowing our children to lose these natural gifts of creativity, innovation, learning and team work, when those are exactly the 21st century skills our workforce needs?”

What is wrong indeed!

The Bernard van Leer Foundation’s 65 years of investment in the development of young children has historically reflected an interest in play, but the first time we systematically funded it was in 2009, when we commissioned a paper titled Children’s Right to Play: An examination of the importance of play in the lives of children worldwide. It was published in 2010 as part of our Working Papers series.

After this paper, BvLF collaborated with IPA (International Play Association) to conduct a series of global consultations on the “barriers against play” in the lives of the children. Eight consultations were carried out around the world, each bringing together 20-30 professionals, parents and other stakeholders.

A total of 115 infringements against play were identified. Can you guess the number one barrier? “Adults unaware of the importance of play”. We don’t value it, and don’t see it as a part of learning.

These global consultations led the way to develop a General Comment on Article 31, which was launched last week. General Comments give authoritative guidance on how states should interpret and apply children’s rights.

This week we are launching a new publication on play in collaboration with the Open University, part of our Early Childhood in Focus series, which summarises the current state of scientific knowledge and research for early childhood advocates. We are also engaged in ongoing work with the LEGO Foundation to continue to strengthen the scientific basis for the importance of play, by coordinating research looking at links between play, learning and creativity.

The Bernard van Leer Foundation has three strategic goals in our mission of supporting all children to develop to their full potential, and play is important for all of them.

Everywhere we work, from the slums of India to the favelas of Rio and remote locations in the Amazon basin, I have seen children create spaces to play in the midst of garbage and violence. After the earthquake in Haiti, you could see children playing among the rubble – and this was a positive sign, because child development experts know that play is the best way to deal with trauma.

But no child should have to play in rubble or pollution or garbage, or dodging bullets and knives. All children deserve spaces to play that are healthy, safe and stimulating.
Our other goal is on early learning. And note that we are not using the term “early education”, which reflects the unfortunately widespread idea that learning always involves adults teaching kids. In fact, kids learn best through their own curiosity and exploration.

That is what the great philosopher and child development theorist Jean Piaget meant when he said: “Each time one prematurely teaches a child something he could have discovered himself, that child is kept from inventing it and consequently from understanding it completely.”

I realised the truth of this myself whenever I watched my sons building with LEGO, or making up their own sports. By solving problems and negotiating rules, they are developing life-long skills.

And yet, as the CEO of Phillips noted, by older childhood and adulthood many of us have lost the great gift of learning through play. As parents, educators and policy makers we should not ask ourselves what can we do to get children to play more and be creative – we should instead ask ourselves what we should stop doing that currently stands in the way of children expressing these natural instincts.

It’s time to rethink and reform the way we invest in young children and prepare them for the future, because a strong start for children means a strong future for society. All of us – governments, businesses, educators, NGOs, parents and grandparents – need to remember the power of independent and creative play for young children.