The Israeli government has asked BvLF partner AJEEC-NISPED to roll out its Al-Sanabel school catering business nationwide in 2015. It continues the remarkable success story of a social enterprise that the Foundation has helped to fund.

The poverty of the Negev desert region, which extends over the southern half of Israel, means that almost all the Bedouin children who live there are guaranteed a hot meal at school each day under the Israeli food security act of 2004. However, the poor quality and unfamiliar style of the cooked-from-frozen meals provided by private contractors from elsewhere in Israel meant many Bedouin children would not eat them. 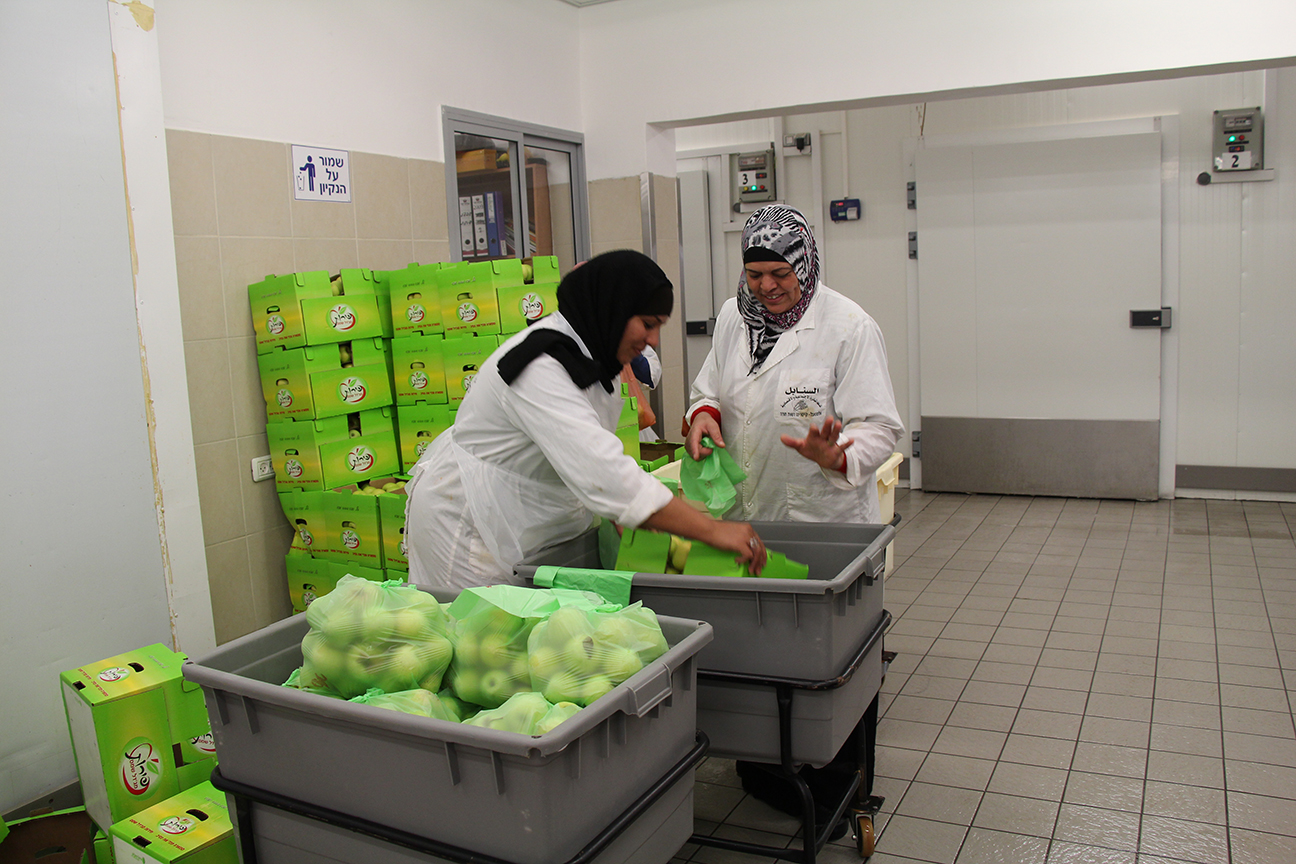 Amal Elsana Alh’jooj saw an opportunity to solve this problem and create employment for local Bedouin women – more than 80% of whom do not work, in a male-dominated society with few opportunities for women to earn a living.

Alh’jooj is a Bedouin woman who founded and in 2007 was serving as co-executive director of AJEEC-NISPED, an Arab-Jewish organisation dedicated to education and economic empowerment in the Negev. She set up the Hura Women’s Catering Enterprise (Al-Sanabel) as a social enterprise, or Halatz, to provide schoolchildren with freshly-cooked meals using Bedouin spices and with the intention of re-investing profits in community projects.

Ariel Dloomy, co-executive director of AJEEC-NISPED, recalls: “At the beginning, we approached several Bedouin villages in the Negev. The only mayor who was interested was Dr. Mohamed Al-Nabari of Hura. He was very open-minded to what was a new idea at the time –co-operating with an NGO on a social business.”

Initially, however, the going was tough. One tension between the social and commercial goals of the enterprise was apparent: Al-Sanabel’s commitment to sourcing ingredients locally, often paying well above market prices, made it hard to generate a profit. A turning point came in 2009 with the involvement of Itzik Zivan, an Israeli businessman who had built a successful business in the UK and returned to Israel asking what he could do to help the Bedouin community. 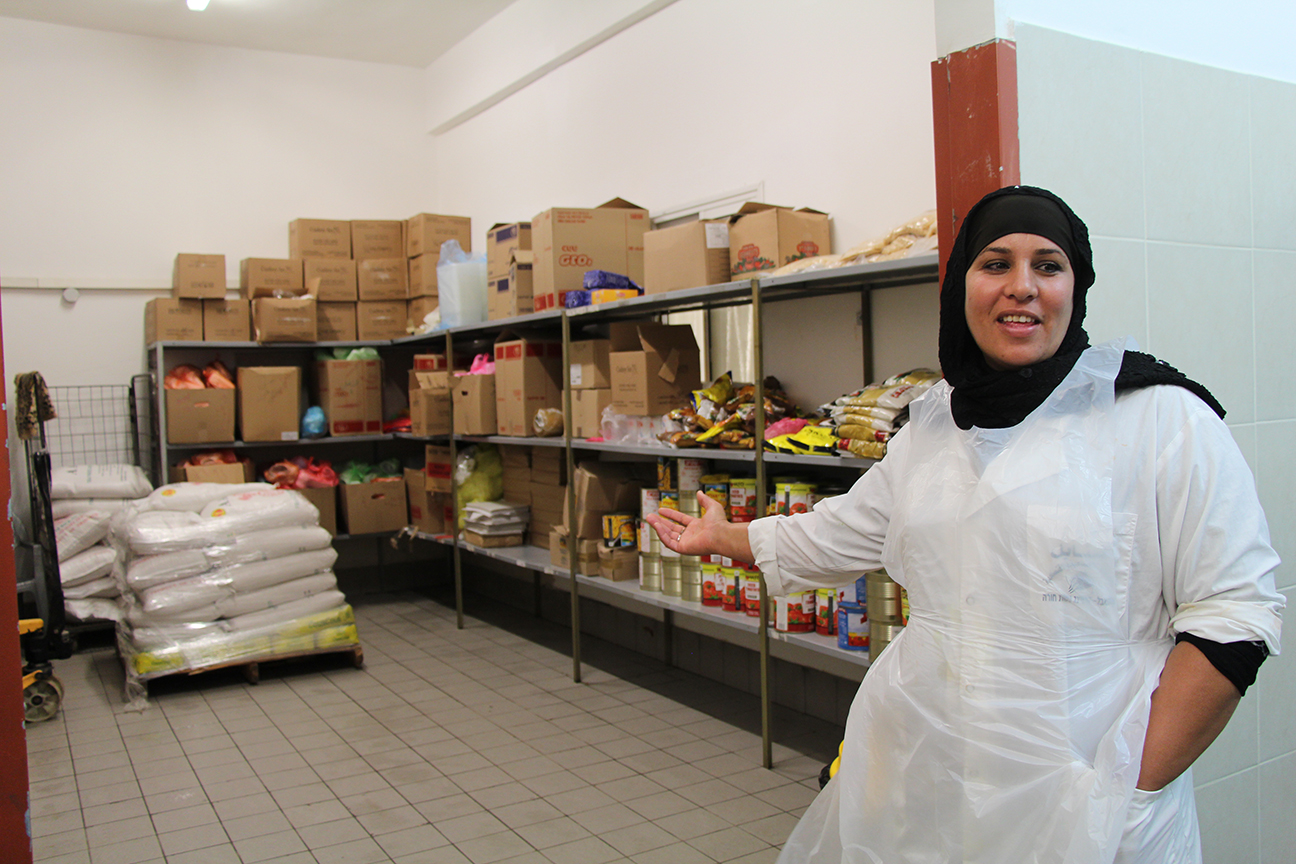 Itzik met with AJEEC-NISPED and Dr. Al-Nabari, and there was an immediate click. “When I heard how deep the commitment of Amal and Dr Al-Nabari was in terms of using their own family assets as collaterals for financing the project, that was when I decided to join,” he says. “I wanted to contribute to their success if I could.”

Alongside other measures to improve the financial sustainability of the business, Itzik introduced a new policy of buying locally only when the premium was less than 5%. By 2011, the business was breaking even and clear of debt. By 2013, the Hura Women’s Catering Enterprise had become the biggest business in Hura, with 21 Bedouin women employees, annual revenues of US$3 million, a profit of 25% and the capacity to produce up to 15,000 hot meals per day.

Al-Sanabel invests its profits in AJEEC-NISPED projects – reducing their reliance on funding from the Foundation – as well as in community projects in Hura and the Negev region, which the company’s employees select. The company also funds tuition fees for employees who want to study – among then Na’ama Al Nabari, a 36 year old mother of four, who gets up at 3am each day to cook before studying towards a BA in Arabic Literature at Hebron University.

Al-Sanabel’s model has been featured in academic research on social enterprises. As the catering business expands across Israel, Dr. Al-Nabari is using the model to start a new dress-making enterprise in Hura in 2015.