Young Explorers (the making of): How video can encourage empathy for toddlers

“Ahaan just took off and sprinted down this alleyway in this big market, towards the street where there was a ton of traffic.” Jacob Krupnick, an NYC-based filmmaker, recalled the hairy moment in Pune, India, where he was filming 18-month-old Ahaan exploring the city.

“He’s just stampeding with such abandon,” said Jacob. “My camera operator dutifully follows, filming and filming.” Then the camera operator panics and starts sprinting to try to stop Ahaan – his big, ungainly filming apparatus on his back.

Fortunately, the toddler soon stops. Jacob realises they’ve overreacted. “His mum is kinda like: ‘meh, this is Ahaan, this is normal’.” 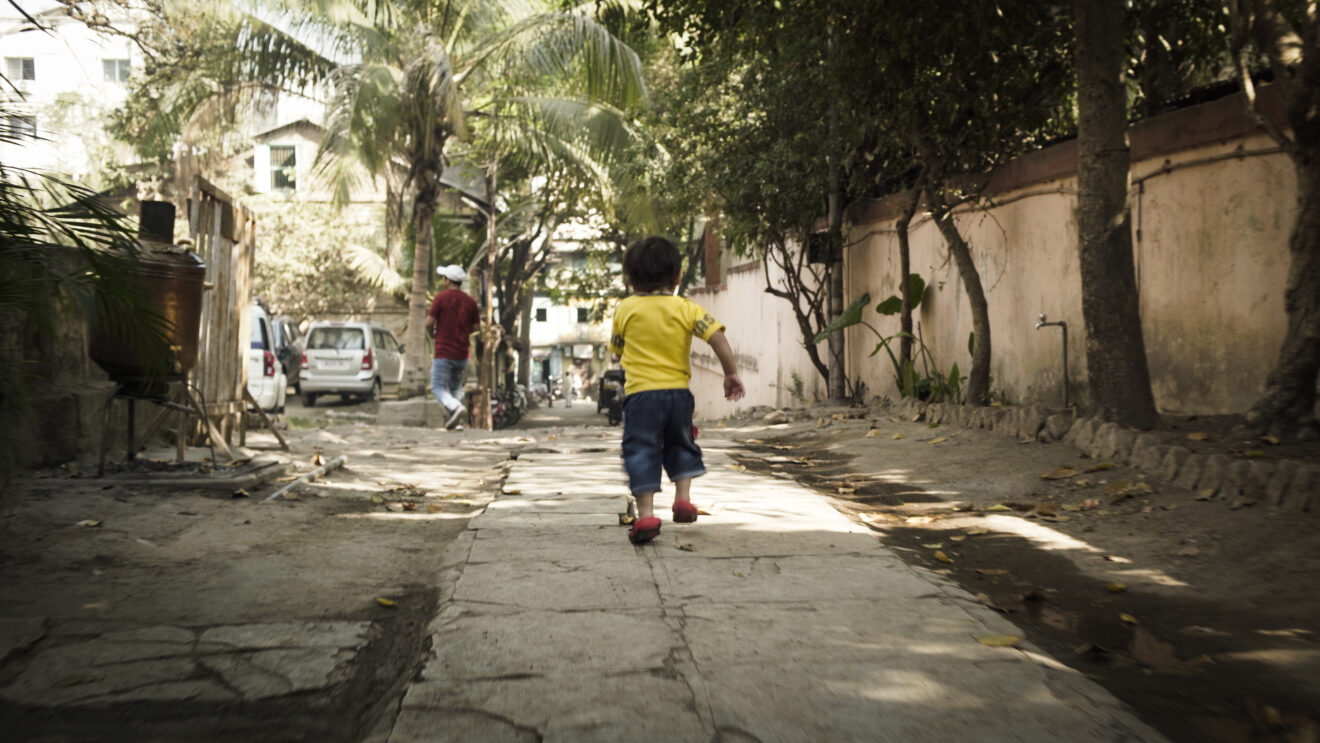 Ahaan is one of five toddlers who features in a new short film series, “Young Explorers”. The films follow the young children and their caregivers as they navigate their daily journeys in Pune, India, and Recife, Brazil. Supported by the Bernard van Leer Foundation’s Urban95 initiative, the series highlights the opportunities and risks which young children experience in a city.

Speaking with Jacob Krupnick and Melissa van Well-Dijkshoorn, Communications Officer at the Bernard van Leer Foundation, we went behind the camera to find out more about the project and the impact it’s having.

Like Ahaan’s insatiable appetite for running, there were certainly some challenges along the way. But a deeper look at Young Explorers reveals some larger questions about how we view early childhood, and the power of film in bringing those questions to life.

A city for young children

As a project, Young Explorers currently spans four different continents: a foundation in the Netherlands, a filmmaker in the United States, and two cities in Brazil and India.

So how did these videos come about?

The story starts in Brooklyn, New York. Recently becoming a father for the first time, Jacob was keen to bring his new-found perspective into his work. “What world does being a dad filmmaker in New York expose me to?” Jacob asked, and he filmed a series of videos called ‘Young Explorers’ from the point of view of toddlers.

The Bernard van Leer Foundation then came across these videos on social media, and the partnership grew from there. As part of the Urban95 initiative, the Foundation was looking for new ways to communicate how young children experience a city – from 95cm, the average height of a three-year-old child.

“The approach of the foundation and the spirit of filmmaking really aligned,” explained Jacob. The partnership formalized his interest in early childhood, as Jacob learned more about the Foundation’s work in the field. In particular, he appreciated the way that Urban95 creates a set of proposals instead of swooping in and demanding top-down reform.

“These are not didactic films; they are not trying to tell anyone how it is,” Jacob said. “It’s such a gift to make work that has the intention of trying to expand what people see in the world.”

"We can really put them into the shoes of the children themselves, and hopefully show them why children and caregivers have different needs than other users of the city."

Along with raw information and data about the issues facing urban toddlers, such as pollution and a lack of play space, videos can unlock something more emotional. It has become one of many tools which the foundation uses to create empathy amongst decision-makers. These include everything from low-tech 95cm-tall sticks for city walking tours, to high-tech virtual reality (VR) experiences allowing adults to experience urban life as a toddler.

“We can really put them into the shoes of the children themselves, and hopefully show them why children and caregivers have different needs than other users of the city,” Melissa explained. “If you focus on building a city for young children and families to thrive, it will work for everybody.”

Pune and Recife were chosen for filming locations, as two places where the Urban95 initiative runs projects. Despite those connections, the process of finding toddlers to film was a difficult one, and the filmmakers had to use a number of different fixers to get in touch with families. Things eventually fell into place, though, and they found young children to film in both cities – with the families compensated for their appearances, like professional actors would be.

While Jacob’s previous videos had just followed children on their own, the Foundation wanted them to be accompanied by their parents or other caregivers – i.e. how they would actually experience a city. “We always say that if you focus on the age group of zero to three,” said Melissa, “city planners cannot forget about the caregivers.”

Watching the films of Ahaan, Mokshada, Lulu, Elloah and Ze, everything looks pretty slick. Of course, this was far from the reality.

As the famous phrase goes, you should never work with young children and animals. “The constraints of working with young people are many,” said Jacob, “but one of them is you just don’t have a lot of time. They will eventually get hungry or tired.”

Jacob created a very basic plan for each film, which would illustrate short expeditions for each child. “It’s like a one sentence story,” he said, “that over the course of an eighth of a kilometre, allows us to see all these different elements of street life, of danger, of opportunity, of colour.” Within that framework, though, they would just follow what happened. “We become fascinated documentarians, and quite reactive as a two-person film crew,” he said.

"It’s like a one sentence story, that over the course of an eighth of a kilometre, allows us to see all these different elements of street life, of danger, of opportunity, of colour."

The films are full of beautiful, happy moments as the toddlers explore the city with their caregivers. From their wide smiles to clumsy antics, the children’s warmth is infectious.

For Jacob, the film of four-year-old Ze in Recife was particularly special. Ze’s parents had recently split, and he wasn’t particularly close to his dad who appeared in the film. Despite that, he said, “they proceed to have an almost achingly beautiful afternoon together, that’s filled with humour and play.”

“I know that this is not the relationship they have day to day,” Jacob said. “but we’ve captured it on film, and we have a story about a great afternoon that they’ve shared together. That’s kind of fascinatingly cemented.”

However, the films depict much more than just happy stories. “There’s still a very important message besides the positivity,” said Melissa.

For example, for young children, the proximity of local services is hugely important for their early development. “The services that families need to go to should be within a walking distance of 15 minutes,” she said.

Take Lulu, the three-year-old from Recife. In order to get to the community centre and access the services there, she has to walk a long way, cross busy and polluted roads, and climb several steps. The way the city is designed makes it both inconvenient and dangerous for young children.

“That’s why in the videos you see a journey from their houses to a service, like a market, like the community centre,” Melissa explained. “In Recife, families with young children didn’t really use community centres because it was quite dangerous to get there and there was nothing specifically for them.”

Working with Jacob, Melissa has come to appreciate how effective videos can be in engaging an audience. “The feeling is really positive, and I think that’s really powerful to get people’s attention,” she said.

A great example of this came at the International Step by Step (ISSA) 2019 conference. In his keynote speech, the Bernard van Leer Foundation’s Executive Director Michael Feigelson showed the Ahaan video to the audience.

At one moment, Ahaan is running along and suddenly falls. To emphasise the moment, the music suddenly stops too. “That tiny detail made the entire room laugh, they were so into the video,” said Melissa. “Those seemingly tiny things are really important to create that empathy we’re looking for.”

Alongside tools like virtual reality (VR), the Foundation hopes to replicate the videos in more cities so the messages really hit home for local people. “If a mayor or people from a city see it’s filmed in their own city, it sometimes has a different reaction,” Melissa explained.

For Jacob, meanwhile, making these videos has helped him understand parenthood and early childhood through a different lens. “The pride that people take in their children feels quite different,” he said. “It’s almost like I’m looking for words in the language that I don’t speak.”

Perhaps the biggest difference, Jacob said, is parents’ understanding of safety. “A cornerstone of understanding what any culture is like is to get a sense of what’s not allowed,” he said. “It’s very exciting to see how kids with a much longer leash, much more freedom, seem at ease in the world.”

“I felt that with Lulu very much. As she climbs the stairs and goes to the community centre, her part of the city is her village.”

"It’s very exciting to see how kids with a much longer leash, much more freedom, seem at ease in the world." 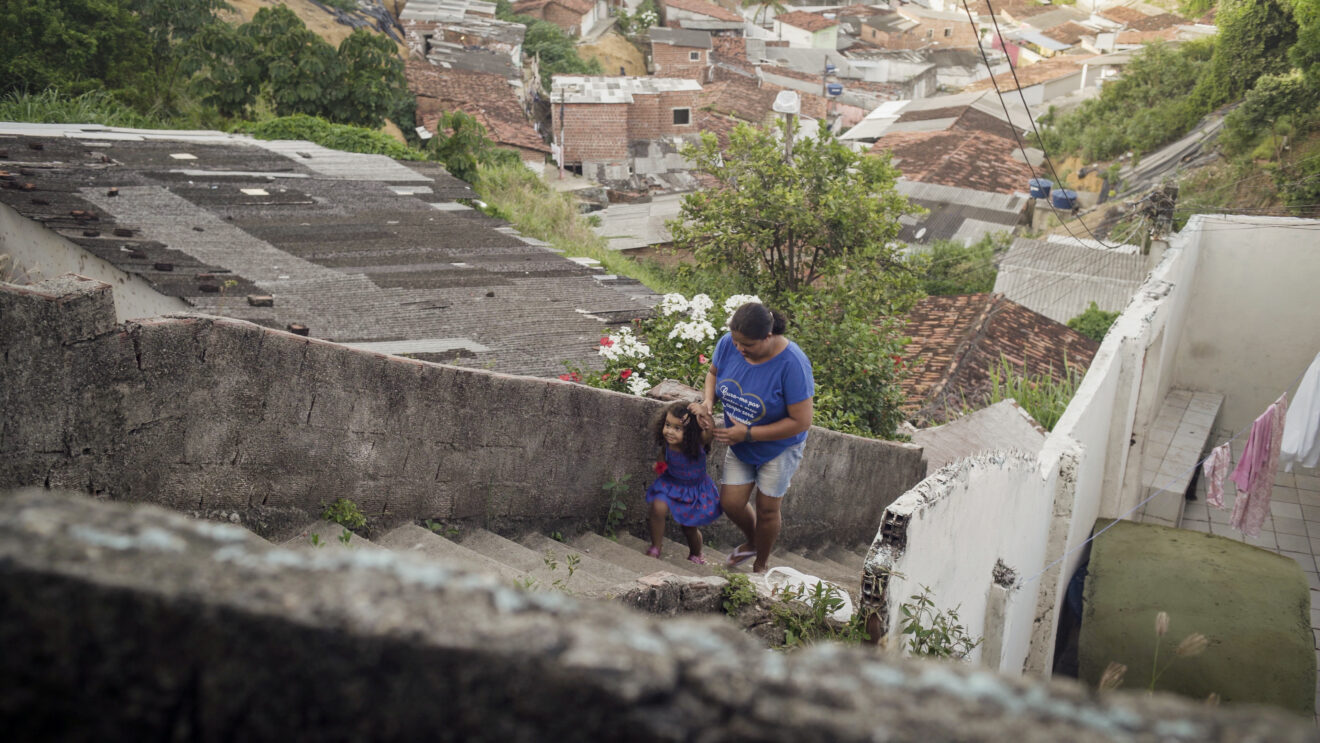 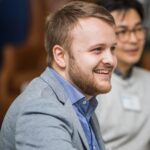 Author: Jack Graham, freelance journalist & researcher, based in Toronto. With expertise in public policy and political economy, Jack has bylines in The Economist, The New York Times, Thomson Reuters Foundation, The Toronto Star and various other publications. His work has also included fellowships from the Dart Center for Journalism & Trauma, Salzburg Global Seminar and the international think tank OPEN. Originally from London, Jack holds a BA in History from the University of Oxford and an MSc in Comparative Politics from the London School of Economics. 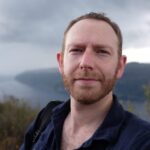 Jacob Krupnick, director & photographer, based in NYC, working on commercial and documentary films. His work with dancers and athletes transforms their movement into unique and cinematic stories. He’s the founder of Wild Combination, a creative production studio that partners with artists, brands, and agencies around the world. Jacob has directed films for brands including Converse and Brooks Brothers, created documentary films for the New York Times Magazine & T Style, and directed numerous music videos.