Since 2017, the Bernard van Leer Foundation has been working to support young children (aged 0-5) and caregivers affected by crisis and displacement. We originally focused on supporting Syrian refugees and host communities in Jordan and Lebanon. In 2020, we established Jordan as a core country and created the Global Displacement portfolio to expand our focus on families affected by displacement.

Displacement refers to people who have been forced from their home by causes such as persecution, conflict, violence, human rights violations or events seriously disturbing public order. As defined by the UNHCR, diplacement includes refugees, asylum seekers, IDPs (internally displaced people – that is, people displaced within their own country) and Venezuelans displaced abroad.

Evidence indicates that early childhood services – including those that support and guide parents, caregivers and families in times of crisis – can mitigate the negative effects of trauma and stress on young children and promote resilience and wellbeing. Although more than one in five babies start their lives in situations of conflict, such services are lacking in crisis situations across the globe. 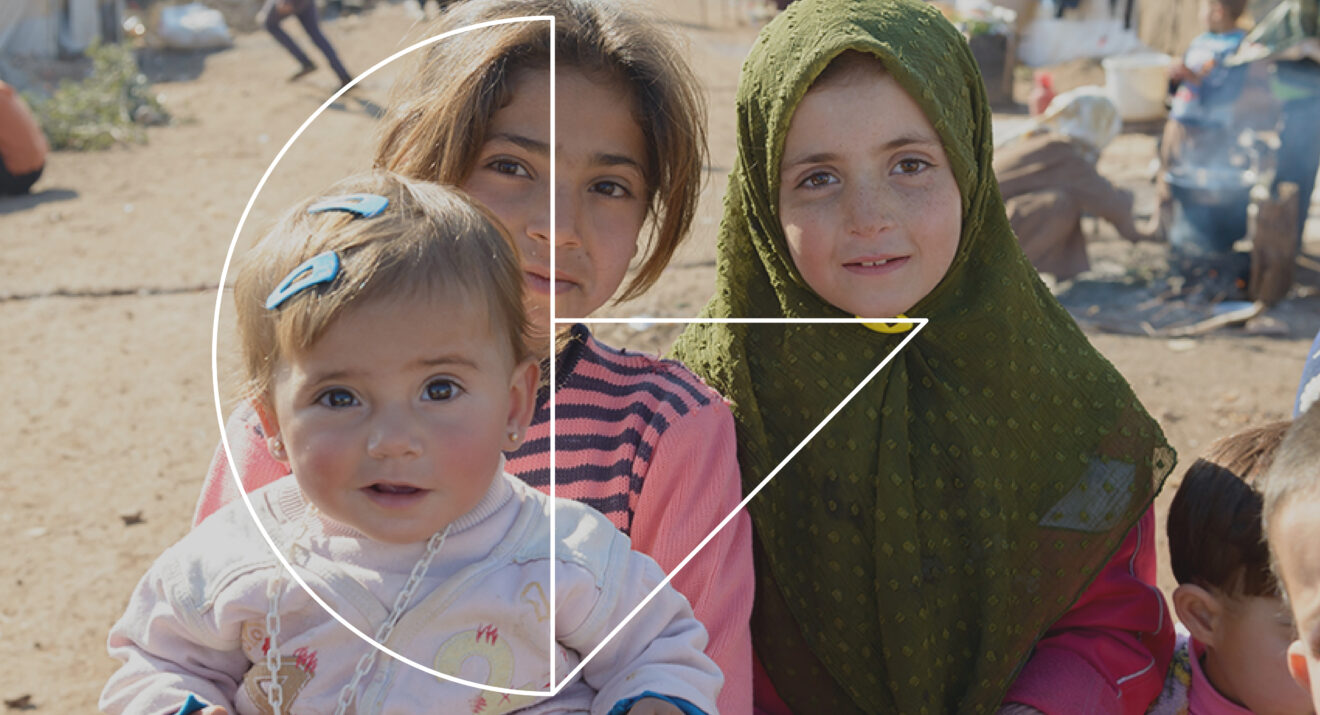 The Global Displacement portfolio identifies and supports examples of good practice in early years programmes and policies in crisis contexts globally – including but not limited to our current country programmes – and incorporate insights into advocacy to scale up support for displaced families everywhere. These include a focus on the period between pregnancy and age 3, approaches that are truly integrated into sectors with potential to scale, and innovations in how aid is organised and delivered.

The team has two main streams of work:

We build new and support existing partnerships to scale up support to caregivers of children aged 0-3 in different crisis contexts, by working with programme implementers, policymakers, humanitarian agencies and other funders.

Examples of our work include a learning partnership with Refugee Trauma Initiative in Greece on scaling up their refugee-led Baytna approach through a hub of grassroots organisations; exploring opportunities to integrate Kangeroo Mother Care for premature babies into maternal and child health provision in humanitarian contexts; and working with major implementing organisations to mainstream their proven early years approaches in crisis contexts. 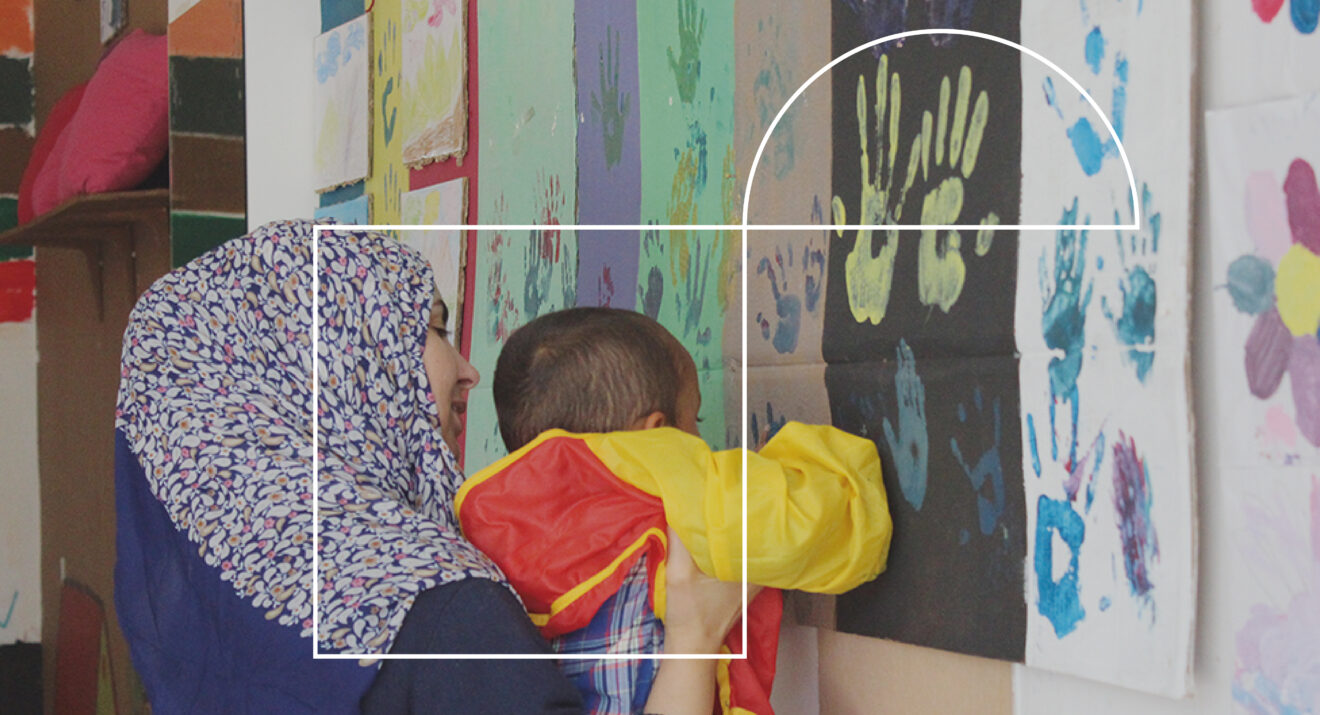 We are also working with partners to strengthen our response to the Venezuelan crisis in various Latin American countries.

We share learnings and participate in joint advocacy activities to increase financing and improve policies and leadership to support the youngest children and their caregivers in humanitarian response globally. Our main platform is the Moving Minds Alliance. Originally established in 2017 by a group of philanthropic foundations, today Moving Minds Alliance is a multi-stakeholder partnership combining programmatic, funding and research expertise to support prioritisation of the youngest refugees and their caregivers.

Currently only an estimated 3% of total development assistance to crises-affected countries, and 2% of humanitarian funding, goes towards providing quality early years services to newborns, young children and their caregivers affected by crisis. A 2018 review of 26 active humanitarian response plans showed only 10% of recommended responsive caregiver interventions were included in the plans.

Read about the Foundation’s work in 2021 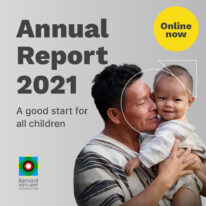 Available in an interactive format, the Bernard van Leer Foundation’s Annual Report 2021 shares powerful stories about how we supported scaling policies and programmes that impact the wellbeing of babies,… Read more Read more
Read about the Foundation’s work in 2020 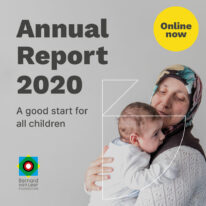 Available in a new online format, the Bernard van Leer Foundation’s Annual Report 2020 features stories from our work – including how we adapted to support the needs of infants,… Read more Read more
New guide for designing for Early Childhood in vulnerable urban contexts 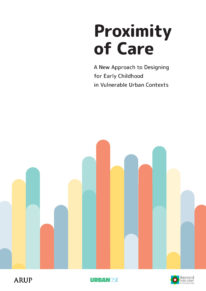 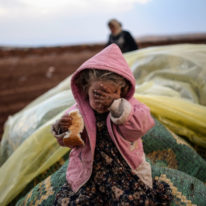 Are you a journalist interested in learning more about the consequences of the refugee crisis for young children’s brain development, emotional and cognitive growth, academic potential, and economic trajectory, as… Read more Read more
Moving Minds Alliance launches today 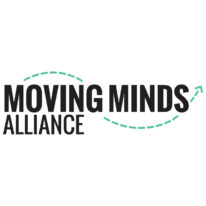 The Bernard van Leer Foundation is proud to be a founding member of the the Moving Minds Alliance, which launches today. Moving Minds is a funders collaborative and network convened to… Read more Read more
BvLF partners awarded $100m for work with refugee children and families 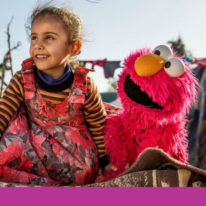 Congratulations to Sesame Workshop and the IRC, who have won a $100m grant from the MacArthur Foundation to scale up early childhood development for the youngest refugees in Syria, Iraq, Jordan and Lebanon. An incredible achievement by both… Read more Read more 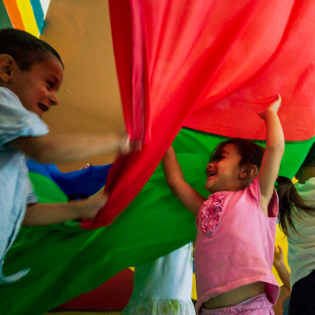 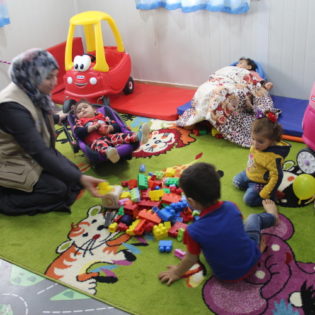 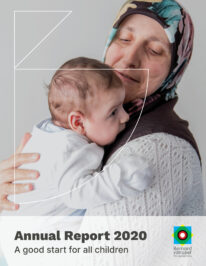 Based on learnings gathered from Urban95 initiatives across the world, this Urban95 Starter Kit serves as a starting point to help cities understand the value of investing in their youngest… Read more Read full publication
Proximity of care: A new approach to designing for early childhood in vulnerable urban contexts

A guide to assess, design and implement child-centred interventions in vulnerable urban contexts such as informal and refugee settlements, to improve the living conditions and well-being of young children and… Read more Read full publication
Covering the Syrian Refugee Crisis – highlights from the Dart journalism training workshop in Amman 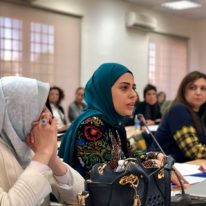 UNHCR tells us that more than 5.6 million people have fled Syria since the onset of the civil war in 2011, seeking safety in neighbouring countries and beyond. An estimated… Read more Read full blog
The Need to Double Down 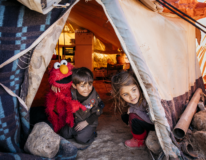 The Bernard van Leer Foundation's Annual Report 2017 contains a foreword from the Chair of the Board of Trustees, message from the Executive Director, selected updates from around the world… Read more Read full publication
Early learning and nurturing care for children displaced by conflict and persecution 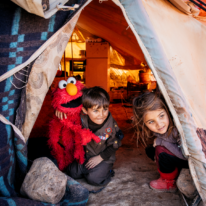