Despite facing major human development challenges, Liberia has made encouraging progress in recent years towards making young children a national priority. This article explains how, in particular, a community education programme – ECDCEAP – has come to play a major role in raising awareness among not only citizens but a range of professionals.

Liberia ranked 177th out of 188 countries in the 2015 UNDP Human Development Index Report. The devastating outbreak of the Ebola virus in 2014 – which led to 4809 deaths – significantly weakened its already vulnerable healthcare system, and effectively halted progress across all social sector domains. In spite of this, however, Liberia made notable gains on some of the Millennium Development Goals: it surpassed the target for reducing child mortality and made great progress on gender equality. And, in difficult circumstances, the country is steadily making progress in developing an enabling environment for young children.

Liberia’s recent efforts to build an early childhood development system began in 2007/8. Emerging from a brutal civil and regional war, the government recognised early on the importance of investing in its youngest citizens to begin rebuilding its society and economy, and the need to face up to two big challenges:

The Education Sector Plan for 2010–2020 committed the Ministry of Education (MoE) to lead holistic and cross-sectoral coordination efforts around early childhood development. Liberia’s 2010 Global Partnership for Education grant earmarked funds to expand access to pre-primary education through classroom construction, furnishing and materials development. In 2011 the MoE set up a special unit, the Bureau for Early Childhood Education (BECE), to focus specifically on young children. In the same year, Liberia approved its National Inter-Sectoral Policy on Early Childhood Development and a new Education Reform Act was promulgated, which commits the government to providing pre-primary education.

With support from external experts, the government has been developing an early childhood framework, with four aims:

However, it is the Early Childhood Development Community Education and Awareness Programme (ECDCEAP) – which started in 2012 – that has been most instrumental in supporting the BECE’s effort to create demand for early childhood services and plug the skills gap. 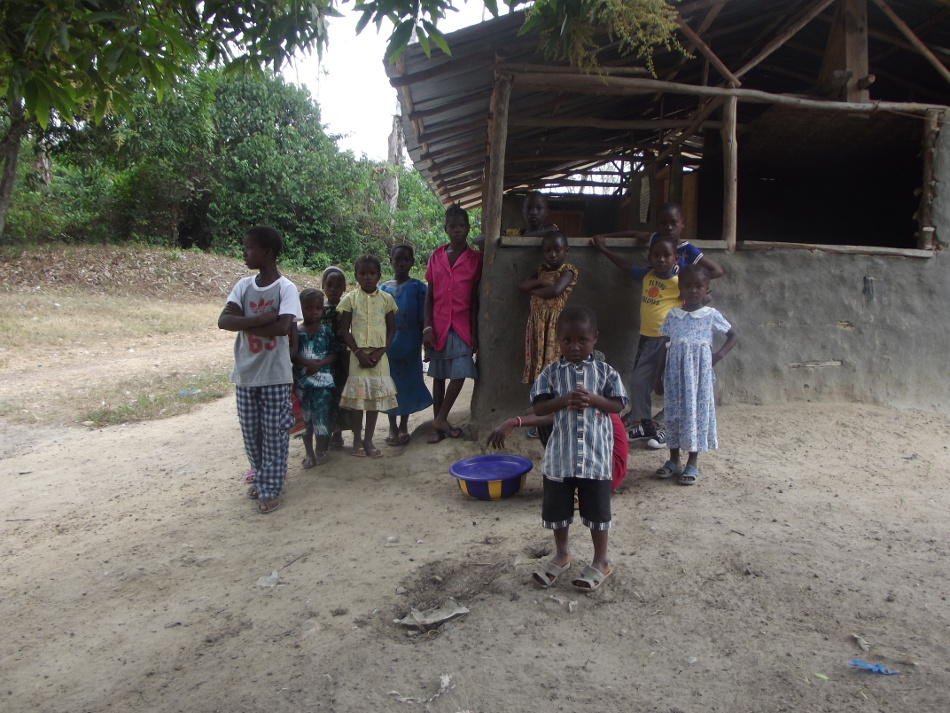 Expanding use of a community programme

The ECDCEAP was originally conceived as a programme for caregivers and community leaders to raise their awareness on child development, through ten two-hour workshops sharing ideas about how to stimulate young children, create a safe and protective environment, and support them to grow up healthy and happy. However, it has also become the basis of training for all early childhood professionals and para-professionals across the health and education sectors.

ECDCEAP is being used by the Inter-Sectoral Early Childhood Development Committee, comprising key officials from the Ministries of Education, Health and Gender, development partners and the civil society organisations most active in programmes related to young children. Specifically, ECDCEAP is being used as part of the package to train:

While ECDCEAP is yet to be formally evaluated, anecdotal evidence suggests it is successfully improving understanding of how children develop and grow, and influencing cultural norms – notably getting men more involved in their partners’ pregnancy and delivery, and reviving traditional African notions around the involvement of the wider community in bringing up children.
BECE believes that as parents, caregivers and citizens realise that supporting vulnerable young children is critical for Liberia’s economic and social development, demand for quality early childhood services will grow.

Although this is all positive, much work remains to be done. The MoE still faces an uphill struggle to deliver on its commitments in early childhood development, in large part due to a lack of predictable funding: Liberia faces significant fiscal constraints and is still highly dependent on donor support – for example, 58% of health expenditure is externally financed. Despite the progress made, decisions about where to invest scarce resources are still not sufficiently prioritising holistic early childhood development. We hope that the advent of the Sustainable Development Goals, with a number of targets related to young children, could provide new momentum to transform the lives of young
Liberian children.

"The ECDCEAP has also become the basis of training for all early childhood professionals and para-professionals across the health and education sectors." 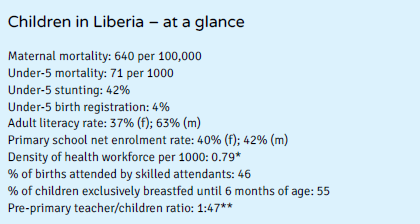 Since starting in September 2012, the acompañamiento familiar (‘family accompaniment’) programme of ‘Uruguay Crece Contigo’ (‘Uruguay Grows with You’) has worked with over 10,000 households in situations of health-related or… Read more Read full ECM article
Supporting the development of all children: towards a national early childhood intervention system in the republic of Georgia 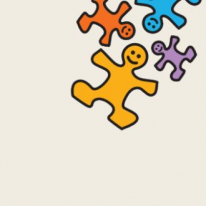