The world is facing a hidden crisis in childcare. It is leaving millions of children without the support they need, with damaging consequences for their future, and severely affecting mothers, grandmothers and daughters, particularly in developing countries. This article describes some key findings from a recently released Overseas Development Institute (ODI) report, Women’s Work: Mothers, children and the global childcare crisis (2016), which aimed to assemble the available evidence on the scale of the crisis, give insights into how it is experienced by girls and women in diverse developed and developing country contexts, and recommend new policy approaches.

There are 671 million children under 5 in the world today (United Nations Department of Social and Economic Affairs, 2015). As labour force participation rates exceed 60% globally (World Bank, 2015), a large number of these children need some sort of non-parental care. At most, half of 3- to 5-year-old children in developing countries participate in some form of early childhood education, typically for a few hours daily. We know very little about what is happening to the rest, but existing evidence points to a crisis – one that is heavily concentrated among the poorest children with the most restricted access to early childhood support.

The most severe impact of this ‘crisis of care’ is that, across the world, at least 35.5 million children under the age of 5 are being left alone, or with other young children, to look after themselves (as computed from UNICEF global database 2014, based on nationally representative surveys). Children in the poorest countries and from the poorest families are the most likely to be left alone. This can be damaging to child health and well-being, and is symptomatic of the difficult choices facing parents – mostly mothers – in balancing caring for children with earning enough to support them.

Mothers are entering the workforce in increasing numbers, both out of choice and of necessity. But this leaves them short of time, imposing costs in terms of health and well-being as well as money. Across 66 countries, representing two-thirds of the global population, on average women spend 3.3 times as much time as men do on unpaid care. In countries where the care load is heavy and most unequal, this unpaid work equals an extra 10 weeks or more each year of a woman’s life. When paid and unpaid responsibilities are combined, women still do overwhelmingly more work, spending up to an extra five weeks per year (as computed from data in United Nations Development Programme (UNDP) (2015) and Charmes (2016)). Data on the amount of time spent directly on childcare is available for just 37 countries, covering 20% of the global population. It indicates that women typically undertake three-quarters of childcare, with a range from 63% (Sweden) to 93% (Ireland) (Charmes, 2016).

It is not just mothers who bear this cost. Sometimes this unpaid care is also undertaken by adolescent and even younger girls. Evidence from parts of Ethiopia suggests that 52% of rural girls between 5 and 8 years old are engaged in care work, compared to 38% of rural boys – and that one-quarter of these young girls spend three or more hours daily on unpaid care. Our case study in northern Ethiopia highlights how adolescent girls migrating to urban areas to take up domestic work are filling the need for childcare, but often in highly exploitative conditions, and how the government’s ambitious agenda to extend pre-primary education to all children is currently relying largely on untrained and poorly compensated adolescents and young adults.

Caring responsibilities are also taking a toll on the health and the incomes of the millions of grandmothers worldwide who are providing exclusive care to their grandchildren, when the parents migrate for work or are absent for other reasons. In Vietnam, for example, up to 30% of the population in the largest cities are migrants, leaving grandparents in many rural areas as the primary carers for one or more grandchildren. Our case study in Mekong River Delta illustrates that these older caregivers often suffer from extreme poverty and are exhausted and anxious as a consequence of trying to do their best by their grandchildren with very little formal or informal support.

Policy is failing these women and girls, and the children they care for. Often the assumption is that managing time is a problem only for women working in formal sector jobs, so the focus is on labour market provisions that give parents the right to take time off, protect breastfeeding and provide crèches. These are important for beneficiaries, but cannot help with the daily struggle faced by the vast majority of women in the developing world working in the informal sector. In India, for example, fewer than 1% of women receive paid maternity leave (Lingam and Kanchi, 2013). And nearly 30% of the world’s domestic workers are employed in countries where they are completely excluded from national labour laws (International Labour Organization, 2013).

Two additional important policy areas – social protection and early childhood education – often also fall short. Social protection programmes, which provide income through cash transfers or work opportunities, do not generally help to alleviate the time constraints faced by many women. Indeed, they can even deepen such constraints, for example when cash transfers have conditionalities attached for which women are responsible, or when public works programmes fail to recognise women as carers.

Early childhood education benefits young children and appears to be valued by caregivers. However, existing programmes typically centre around the school readiness of young children and do not consider how schedules might be leveraged to meet parents’ needs for care – for example, by providing all-day programming that allows for full-time work. Moreover, our research in Gaza, Palestine, highlights another problem common to early childhood education. Our case study showed that programme directors, driven by profit, routinely exploit the young women who provide childcare, often paying them less than half of minimum wage and regularly denying them access to labour market protections.

It is encouraging that some countries are successfully responding to these challenges. Vietnam, for example, has in place a full array of labour market policies supporting care – including six months of maternity leave at 100% pay, paid paternity leave, and paid breaks for antenatal care and breastfeeding. South Africa has a number of creative policies that put a premium on care – for example, the Older Persons Grant, which recognises the role of many grandparents in raising children, the child support grant, and a disability grant focused on the needs of caregivers of children with disabilities.

Download PDF
"Often the assumption is that managing time is a problem only for women working in formal sector jobs.’" 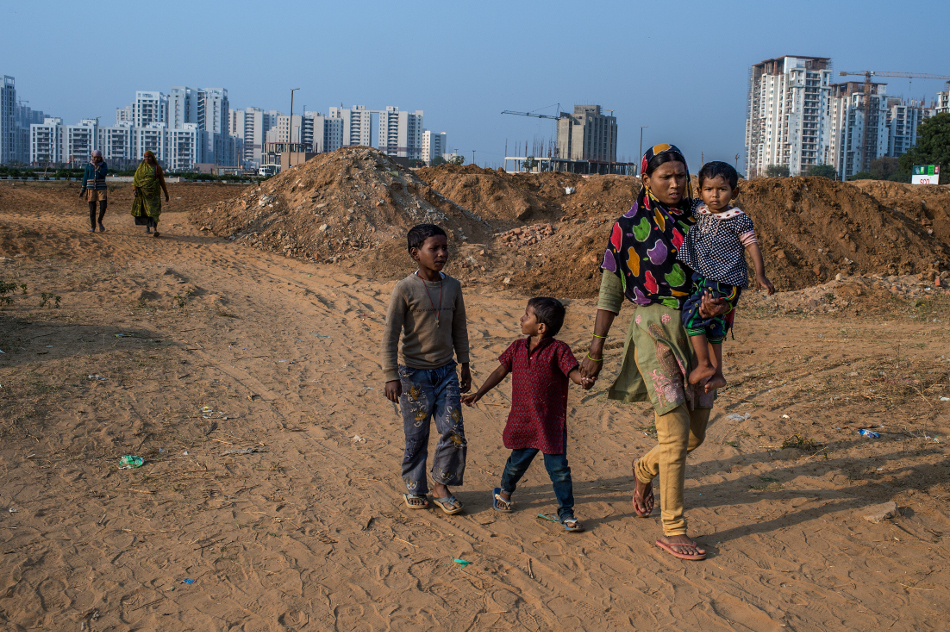 Solving the global care crisis is urgent for improving women’s and children’s lives. It must start with the day-to-day realities of these lives, embedding within policies and programmes an understanding that women’s time is a precious resource that must be used carefully to benefit themselves, their children and societies as a whole.

The full report, Women’s Work: Mothers, children and the global childcare crisis (2016), is available on the website of the Overseas Development Institute.

"Governments and development partners should work together in shaping social protection policies that adopt a more integrated, multi- generational approach and recognise that income is only one of families’ many needs."