How can planners integrate the environmental experiences that children have into the processes of planning for sustainable development? Studies show that children aged 11–12 years, and professionals with a child-centred perspective, identify the same features of city life as important, such as reduced traffic and access to public spaces, green areas and meeting places. Adults with a child-centred perspective can therefore act as a bridge between children’s experiences and those of the adult world.

Modern society restricts children’s everyday lives. Increased road traffic, for example, has reduced children’s independent mobility, particularly with regard to their play areas and their school and leisure routes, something which in turn affects their health and development (Prezza et al., 2001; Björklid, 2004; Fotel and Thomsen, 2004; Kyttä, 2004; Nordström, 2004; Karsten, 2005). They become overweight as they move around too little. Responsibility for this often seems to be placed on children themselves, with the implication that it is children who should adapt to the environment.

However, the question should be what the outdoor environment in children’s neighbourhoods can offer them (Spencer and Blades, 2006). As a reaction to the rapid urbanisation taking place all over the world, the concept of ‘child-friendly cities’ has emerged to challenge urban development from an environmental perspective (Hörschelmann and van Blerk, 2012). The concept of child-friendly cities has its background in the 1989 UN Convention on the Rights of the Child (UNCRC), which among other things stipulates that children themselves should be given the opportunity to have their voices heard.

What does it mean for children’s voices to be heard in planning? Horelli offers a definition of child-friendliness as ‘settings and environmental structures that provide support for individual children and groups who take an interest in children’s issues so that children can construct and implement their goals and projects’ (Horelli, 2007: 283). Horelli’s model can be used as a matrix for interpreting children’s perceptions within the framework of community planning, but community planning needs to develop structures which comprise children’s specific perceptions (Björklid, 2010; Nordström, 2010).

Sustainable development has to a large extent dealt with environmental questions from a natural science viewpoint. Today one of the most productive perspectives on sustainable development emphasises that economic, social and ecological processes are interconnected and should be considered holistically. This means that moral standpoints and social relations should also be taken into account.

Conflicts related to sustainable development may be due to open differences of interest – for example, the priority given to motor traffic over pedestrians in urban environments, with the result that pedestrians’ experience and enjoyment of place is impaired while motorists’ is enhanced. But conflicts can also arise from different ways of understanding, using and appreciating the physical environment. A child’s perspective, for example, is different from that of adults. A safe and developmental physical environment is a prerequisite for the physical health and mental well-being of everyone – but it has a fundamental significance for children insofar as the physical environment creates spaces for children’s development (Clark and Uzzell, 2006), their identity (Twigger-Ross and Uzzell, 1996) and their integration into society (Bronfenbrenner, 1979). What places provide is important not only for the child’s here-and-now but also for their long-term personal cognitive and emotional development.

Research from the perspective of developmental psychology suggests that the ways in which children and young people experience and interpret space is different from those of adults (Nordström, 1990; Matthew and Tucker, 2006). Children use the outdoor environment intensely, if they are allowed to do so and if they can access the outdoors on their own. Children have a sense-oriented and direct relationship to physical environment. Their physical interest in the environment is strong and their orientation to the world is dependent on bodily information and sense-impressions. After puberty this orientation becomes cognitive and dominated by systematic and abstract thinking.

What is sustainability, from the viewpoint of environmental psychology and a child-centred approach? On the basis of our previous and current studies and other research projects (Spencer and Blades (2006), for example), we know that children’s local environment has a considerable effect on their living conditions and on how they see their environment. This is true not least for children’s independent mobility. Mobility restrictions can also affect the development of emotional bonds between children and the natural environment (Kong, 2000), and can have consequences for the child’s development of spatial skills (see Risotto and Giuliani (2006) for an overview) and their sense of responsibility for the environment (Palmberg and Kuro, 2000).

It is not just physical surroundings that create opportunities for, and limitations on, children’s independent mobility and use of the environment. This also depends on parents’ understanding, their living conditions and the restrictions they impose. Earlier large-scale studies of children’s independent mobility in different residential areas have shown that parents experience great anxiety for children’s road safety dependent on factors in the traffic environment (Björklid, 1997).

But parents’ lifestyles and living conditions also affect children’s independent mobility insofar as children are increasingly driven by car to different places and activities compared to former times. The nature of childhood has changed from one that is child-centred to one that is over-controlled and over-structured by adults. Children no longer possess ‘street-wise’ attitudes which previous generations of children utilised in moving around and growing up in cities (Francis and Lorenzo, 2006).

In our research about 100 people answered a questionnaire and described how they envisaged a child-friendly city. Teachers in three schools in inner-city Stockholm and outer-city areas distributed the questionnaire to 52 pupils aged 11 or 12. In addition 42 teachers, student teachers and planners answered the same questionnaire. Follow-up interviews were carried out with 13 children (eight girls and five boys) and five town planners (four women and one man). The results show that the children’s and the professionals’ views of child-friendly cities are similar. (It should be mentioned that the professionals chosen for the study had a child-centred perspective.)

Both groups stressed the importance of reduced or no traffic, access to public spaces, green areas and meeting places. The children also pointed to factors that create anxiety and discomfort, such as the presence of alcoholics and drug users in their neighbourhood. Both children and adults stressed safety and security in their descriptions of a child-friendly city. They gave many concrete examples of how they wanted to reduce the traffic and reduce speeds in a child-friendly city (Björklid, 2010).

One girl from an outer-city area described her idea of a child-friendly city:

And a boy from the same area:

Car traffic on the city’s terms, in other words roads constructed as city spaces, not as transport routes; mixed traffic with the priority for unprotected road-users; carefully constructed crossing places; invitations to walk and cycle; not noisy, safe with regard to traffic. Children should be able to walk, cycle and run instead of being driven.

A 12-year-old should be able to move independently about large parts of the city and feel safe. It’s a matter of being able to discover, being able to understand how the city works.

Participation includes both formal and informal dimensions. For children, these dimensions are interdependent. Informal participation involves freedom to move about and explore natural and built environments, to get together with others, and to observe and try out roles in public places. In order that participation should not lead to pseudo-democracy, it is important that children be given an input into matters of which they have direct knowledge and experience. The first step towards participating in the changing of one’s own local environment is to acquire knowledge of it – which is something that children do when they are given the opportunity to move about freely and safely outdoors and to explore their local environment through play. Through children’s participation in their locality in this informal sense, they come to understand issues discussed in the formal arena of environmental planning, such as traffic flow, green space, watersheds, crime or ‘eyes on the street’. These issues become grounded in local realities for them, and they gain experience that they can later contribute to formal processes of community decision making.

With regard to the UNCRC, the focus these days is on children’s rights of influence and a child-centred perspective. Having a child-centred perspective means that the adult regards the child as an expert on his or her own situation. But in the final analysis it is the adult who, based on their adult knowledge, experience and viewpoint, can make decisions and must take responsibility for those decisions. Children are experts on their own surroundings and should have rights of influence over their own local neighbourhood. But they also need to have the right to be protected by society so that they are allowed to be children – that is, to play in and explore their local environment and their town or city in conditions that are safe and promote their development.

Children’s interest in the environment is clearly strong and their orientation to the world is dependent on physical experience and sensory impressions. We believe that engagement with the environment, which starts early in life during the first formative years and continues to be emotionally important later in life, is decisive for the individual as well as for society’s commitment to care for the environment. People with a child-centred perspective on the environment – parents, teachers and others – are important for supporting the development of environmental engagement in children and for sustaining that engagement during grsowth and upbringing. They are also potentially important in being a communicative bridge between children and society at large. 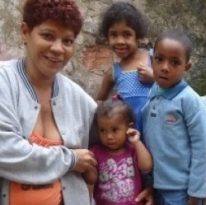 Action from public authorities is often necessary to solve problems of children being exposed to unhealthy environments. However, such action must be based on sound data establishing the extent of… Read more Read full ECM article
Improving living conditions for the Roma minority in Europe 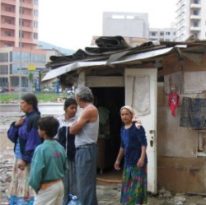 Alexandros Tsolakis works as a policy expert at the European Commission’s Directorate General for Regional Policy. Here he talks to Early Childhood Matters about how the EC’s ongoing work on… Read more Read full ECM article
Children growing up in Indian slums: Challenges and opportunities for new urban imaginations 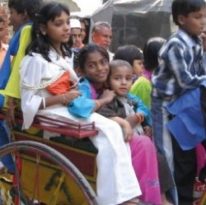 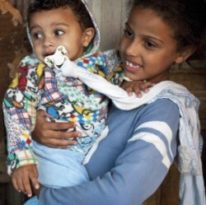