The global economic downturn that started in 2008 took its toll on European societies, with pressure on public finances leading to the weakening of social security systems (Reinhart and Rogoff, 2009; Stuckler et al., 2009; Keeley and Love, 2010). In the Netherlands, cuts in state care services were presented politically as part of a transition towards a ‘participation society’, but in practice have increased isolation of some highly vulnerable groups. Midwives and obstetricians in Rotterdam, the country’s second-largest city – which is highly multicultural – noted an increase in the number of pregnant women with complex psychosocial as well as medical problems, such as homelessness, poverty, domestic violence, substance abuse, sexual abuse and mental health issues.

Often these problems are combined with very limited opportunities for self-care and self-direction, decreased sense of empowerment and much mistrust in the care system. Based on a large number of international studies it can also be concluded that these highly vulnerable pregnant women have an increased risk – mostly poverty-related – of prematurity, foetal growth restriction, a suboptimal start for the child at birth and inadequate implementation of the parental role by the mother (Barker, 2007; Heijmans et al., 2008; van den Berg et al., 2009; Henrichs et al., 2010; Poeran et al., 2011; Seng et al., 2011; Timmermans et al., 2011; de Graaf et al., 2013; Quispel et al., 2012).

This situation calls for an integrated chain of antenatal care, crossing medical and social care domains and crossing the generations – not only aiming to improve the children’s life chances, but to address the multi-dimensional problems in the lives of their mothers. In 2014 the innovative Bureau Frontlijn (‘Frontline’ office) of the municipality of Rotterdam therefore developed the Moeders van Rotterdam (Mothers of Rotterdam, MoR), together with the Erasmus Medical Centre and with the support of the Verre Bergen Foundation. The MoR programme aims to provide care to highly vulnerable pregnant women up to their child’s second birthday, increasing the chances of a healthy and safe pregnancy and postpartum period that can give the child a good start in life.

Mothers who have worked with their MoR coaches to improve their situation include Saana, who has struggled to get to grips with the language and legal system in the Netherlands since fleeing from Syria with her husband and two children; Jennifer, originally from Ghana, whose MoR coach helped her to find a place to live and a place in school for her 6-year-old son and to restructure her debts; and Loes, who along with her partner has worked hard with her coaches to overcome drug-related issues and establish healthier eating and sleeping patterns.

The MoR programme connects the social and medical domains. It is divided into three main phases:

Beyond problems in the social domain, MoR pays attention to medical risks: care providers promote a healthy lifestyle and regular visits to the community midwifery professionals during pregnancy, as well as visits to a general practitioner or obstetrician when medical complaints occur, and regular visits to the preventive healthcare centres which exist to monitor children’s health and development. 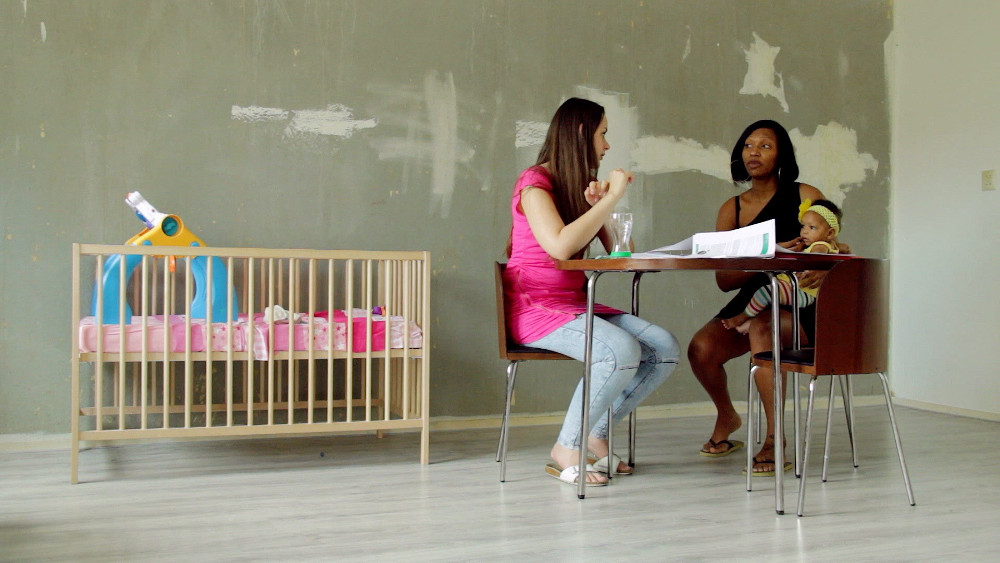 The intensity of MoR is initially high, with two home visits a week, decreasing over time to one home visit every two weeks. Care is provided by a team of social service professionals and third-year students in pedagogics and welfare from the University of Applied Sciences. Deploying these interns, with appropriate supervision by professionals, reduces the costs of the programme. It could also help to build trust between mother and care provider, as the mothers may perceive interns as less threatening than more senior medical professionals.

The MoR programme’s theory of change

In 2016, a four-year prospective cohort study began, which will compare the effects of the MoR programme with the municipality of Rotterdam’s normal social care programme on self-sufficiency, as judged by: the caregiver; the mother’s mental health, measured through questionnaires on depression, fear and stress completed by the mother herself; and child development at 1 year of age, as measured by an ‘age and stage’ questionnaire.

In the meantime, the Mothers of Rotterdam programme is generating interest from across the Netherlands in the potential for the approach to be scaled up and replicated elsewhere. The Bernard van Leer Foundation came on board as a scaling partner, and the ultimate aim is to use the Rotterdam initiative to develop an evidence-based intervention that can be integrated into the existing work methods of local municipal service providers and expand this model to other cities in the Netherlands.

"The MoR programme aims to provide care to highly vulnerable pregnant women up to their child’s second birthday."