An interview with Jagan Shah, Director of the National Institute of Urban Affairs, New Delhi, India

India’s National Institute of Urban Affairs (NIUA) is a think tank attached to the national Ministry of Urban Development. It participates in consultations and serves as a sounding board in the formulation of policies. The NIUA’s director, Jagan Shah, here talks to Early Childhood Matters about parks, planning and how ‘smart cities’ could help with child-friendliness.

Can you start by telling us about the NIUA’s position on child-friendly cities?

We’re enthusiastic about the agenda of making cities more child-friendly, both as a worthwhile aim in itself and because many of the issues that make urban life difficult for children also make it difficult for other sections of society, such as women and elderly and disabled people. Making cities more child-friendly is an objective that cuts to the heart of many overlapping problems and doesn’t just benefit children.

The basics of what makes a city child-friendly are not new ideas: we have to think on the scale of neighbourhoods, because children tend to occupy their own universe of home, school and recreational spaces. Photo: Jon Spaull/Bernard van Leer Foundation

How child-friendly are Indian cities?

If you’ve ever visited an Indian city it’s very unlikely that you would observe children playing in parks or walking to and home from school – all of these visual images you associate with a child-friendly city. On a scale of one to ten, I would say we’re no better than a five.

You have only to compare a typical Indian city sidewalk to those of cities in other countries which have developed up to the point where they have done a better job of addressing the needs of children – to walk, rollerblade or ride a bicycle, or go out after dark without fear of their lives. These elements hardly exist in India, where pavements are often dangerous with tripping hazards, missing manhole covers, a lack of street lighting, and so on.

With parks, is the problem that there aren’t enough of them, or that they aren’t welcoming to children?

Children and women typically feel too threatened to enter public parks because they are often frequented by homeless people, and degenerate and delinquent elements. These potentially vital spaces are rejected by the majority of people, which is not healthy.

As for whether enough parks exist, it varies from city to city. We are fortunate in Delhi, for example, that the 1962 Master Plan specified a lot of parks. These still exist in middle-class areas – though, ironically, the middle classes who have managed to preserve them don’t actually use them. In poorer quarters of the city, however, they have been encroached upon by development. In other cities, such as Bombay, there is a genuine shortage of parks.

Is it that city planners in India have not been aware of the needs of children, or that cities in India have simply not, in general, developed in a planned way?

It’s that the planning system in general is just not effective. Planners have not been unaware of children’s issues. The basics of what makes a city child-friendly are not new ideas: we have to think on the scale of neighbourhoods, because children tend to occupy their own universe of home, school and recreational spaces – these need to be locally provided, and the routes linking them need to be safe and short enough to walk or bike. Planners have known this for half a century – but in that time planning, in general, has been weak.

But I think that there is a deeper philosophical point here that we have failed comprehensively to address in Indian cities. And that is: how to make children grow into adults who feel a sense of belonging and civic duty – a sense of obligation to observe the rules and regulation of society. This is often not the case. Our cities seem to produce young people who are alienated and develop a sense of hostility and have difficulty with civic behaviour.

Children require a nurturing environment, where they have confidence in the social systems that they are part of, and feel a sense of assurance and belonging. We have to think of cities as one of the modes by which civic behaviour and civilisation are perpetuated – people who grew up in a city that cared for them are more likely to care for their city. So, on a philosophical level, I see the child-friendliness of cities as a way to inculcate in young people the responsibility and reciprocity on which all democratic societies ultimately depend.

Practically, the most immediate way we can go about this is through nurturing community-led movements to reclaim public spaces for children and young people, as venues for health and recreation and especially for cultural events. Indian cities in general are short of infrastructural provisioning for the performing arts, and young people in particular suffer from lack of opportunities for cultural activities – especially now that the school system is becoming more regimented and less accepting of children’s more spontaneous and creative needs.

India is urbanising quickly. Is it easier to plan new areas of cities, or whole new cities, than to retrofit existing cities to be child-friendly?

There are some new cities being planned, but they will take two or three decades to make a difference. And existing cities are expanding in a fragmented way. There are new elite townships, gated communities which are planned and have lots of green spaces – not that you ever see children using them, as they are mostly isolated in their bedrooms, using the internet.

But there is not much planning in new working-class neighbourhoods, which are messy and driven by the necessities and pressures of crowding and congestion.

How, then, can child-friendliness be retrofitted into messy cities?

Some needs can be met through technology, and India’s aspiration to develop ‘smart cities’– collecting and analysing data in real time to improve city management – could be a game-changer in making public spaces safer. These are not changes that will be visible every day – but when there is smarter digitised management of public crime records, for example, we should see the streets start to become safer. At the moment many crimes against children and women are not reported and recorded, and if they are recorded they are not shared across other databases. Smart cities should help to get repeat offenders off the streets.

Smart cities will most likely have ubiquitous surveillance systems – something about which I have mixed feelings, but these might be a necessary response in the short term to the problem of reclaiming open public spaces. Transport management is another area where new possibilities will open up with smart cities – you can think of, for example, the way in which some US states mandate that overtaking of a parked school bus is prohibited because children may be trying to cross the road. Measures of this kind will help bring a sense of order.

Perhaps above all, digitised mapping tools in smart cities will help us to piece together a deeper understanding of what is happening in particular urban neighbourhoods and find local, customised solutions. It is still not clear to me exactly how the elements of smart cities will translate into greater child-friendliness – but the potential is there.

"‘The most immediate way we can go about this is through nur turing community-led movements to reclaim public spaces for children and young people, as venues for health and recreation and especially for cultural events.’" 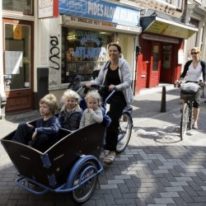 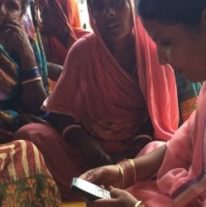 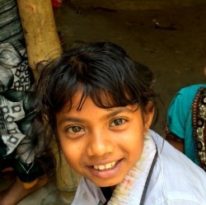 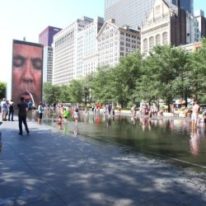 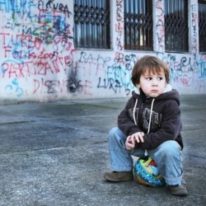