In Latin America, we have seen a rapid expansion of publicly funded childcare services for children younger than 3 years of age. While maternal employment can enhance families’ incomes, and this will favour children’s well-being, this new reality of early childhood care raises important policy questions.

In countries like Brazil, Chile, Colombia, Ecuador, and Uruguay, at least 40% of children are using childcare services by the time they are 3 years old. In some of these countries, 2 year olds are also using these services with similar frequencies.

An increased demand for childcare services responds, in part, to the changing demographics of Latin American families, characterised by a rise in urbanisation, fewer extended families, and an increase in women’s participation in labour markets. Between 1999 and 2014, female labour force participation rose from 58% to 65% in Latin America (Duryea and Robles, 2016). This change can be seen across all education groups, and also among women with children younger than 5 years of age (Berlinski and Schady, 2015).

What is high-quality childcare?

There is an ample literature on what are the key elements of good-quality childcare. The experts usually distinguish between structural elements of quality and process quality. Structural quality relates to the infrastructure, the availability of materials, the qualification of the personnel in charge of children, and the caregiver-to-child ratios. Process quality focuses on the nature of interactions between caregivers and children. For young children, high-quality interactions need to be frequent, responsive to their interests, rich in language, warm, and sensitive to their needs. Structural quality is important to ensure adequate conditions of safety and hygiene. Moreover, structural and process quality are interrelated: for example, in a setting with few caregivers per child, it becomes more difficult to provide frequent, individualised interactions. Research suggests that process quality is crucial for childcare services to attain child development outcomes that can be sustained over time. In other words, process quality is something that should not be compromised on. The evidence available in Latin America is not encouraging, as it suggests extremely low levels of process quality (Berlinski and Schady, 2015).

The association between quality of care and child development

In a recent paper, my colleagues and I explored the relationship between process quality and child development outcomes (Araujo et al., 2017). We looked at data from the largest provider of publicly funded childcare services in urban Peru, the Cuna Más programme. Process quality was measured at the classroom level. We had information on the quality of two classrooms in each of the 291 centres studied. We administered the Toddler Classroom Assessment Scoring System (CLASS) (La Paro et al., 2012), a well-known instrument that has been used in Latin America to measure process quality in the classroom. The focus of the CLASS is adult–child interactions. In addition, we visited the children from these classrooms in their homes, where we administered the problem solving, fine motor, and communication scales of the Ages and Stages Questionnaire, third edition (ASQ-3) (Squires et al., 2009), a screener assessment that has been used in the region in several at-scale studies. 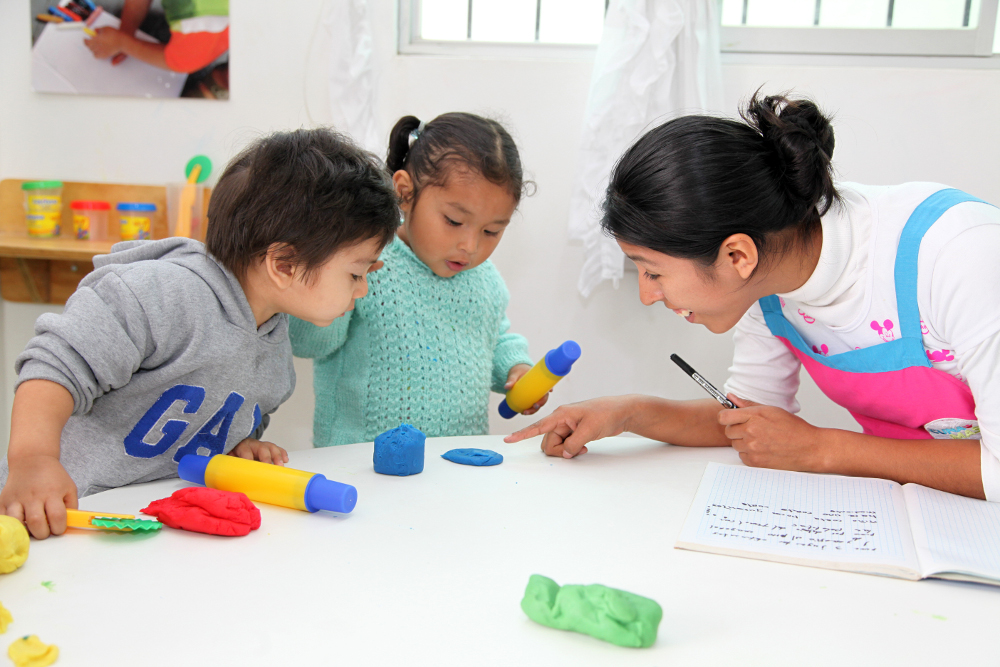 How can programmes promote quality childcare at scale?

"Process quality is crucial for childcare services to attain child development outcomes that can be sustained over time. In other words, process quality is something that should not be compromised on."

To date, research in early child development has focused primarily on family and school environments. However, to create positive environments that facilitate optimal development in young children we need to… Read more Read full ECM article
Mothers of Rotterdam: a new medical and social support programme for vulnerable pregnant women