A series of short films on early childhood – Quanto mais Cedo, Maior (“the sooner, the bigger”) – has been broadcast at primetime on the largest commercial TV network in Latin America, Brazil’s Rede Globo, reaching an estimated audience of around 13 million.

The films are presented by Dr. Drauzio Varella, a charismatic and highly respected expert in Brazil. The aim is to increase public understanding of the importance of the early years – an important task given that polls show more than half of the Brazilian public, for example, believe that children aged under six months are not yet capable of learning. 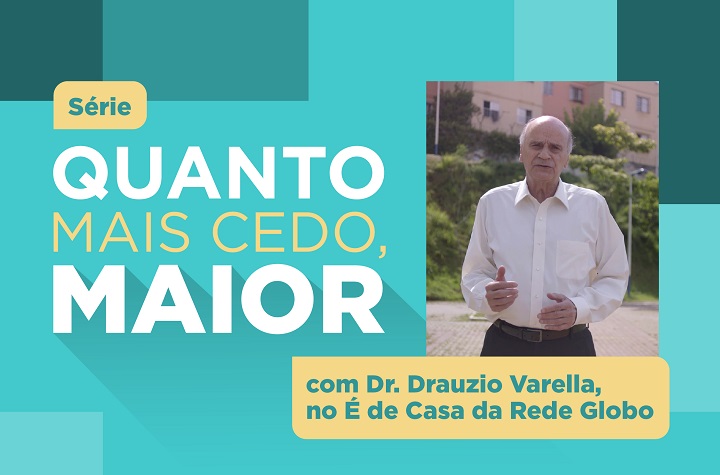 Each video features a specialist on a particular subject related to the early years, well-known celebrities and real families putting the concepts presented into practice. The content is also being promoted on social media, including by celebrities. All video’s are available on Dr. Varella’s YouTube channel (over 3 million followers), as well as through Rede Globo’s channels. In this video Dr. Varella introduces the series.

Pre-natal care
Post-birth care
How fathers can help care for a new baby, and the baby's mother
How paternal presence improves a baby’s development
The challenges faced by couples at the end of maternity leave
Why daycare is more than just a workforce tools
Why reading books to children helps their emotional development
Why play is fun. And important
Cities for babies, toddlers and their caregivers
Why good nutrition is important