After almost two years of collective action and numerous virtual exchanges, representatives from 23 of the 24 cities that make up the Urban95 Network in Brazil gathered for their first national in-person Urban95 event in Boa Vista, the city known as the ‘Capital of Early Childhood’, in the Amazon region north of Brazil.

Over 100 people, from mayors to implementing partners, exchanged their own experiences and challenges whilst learning from the programmes and services that make Boa Vista a leader in the field. An example of this is Família Que Acolhe (Family Welcoming Programme), which has become a national reference point on care for pregnant women and young children. 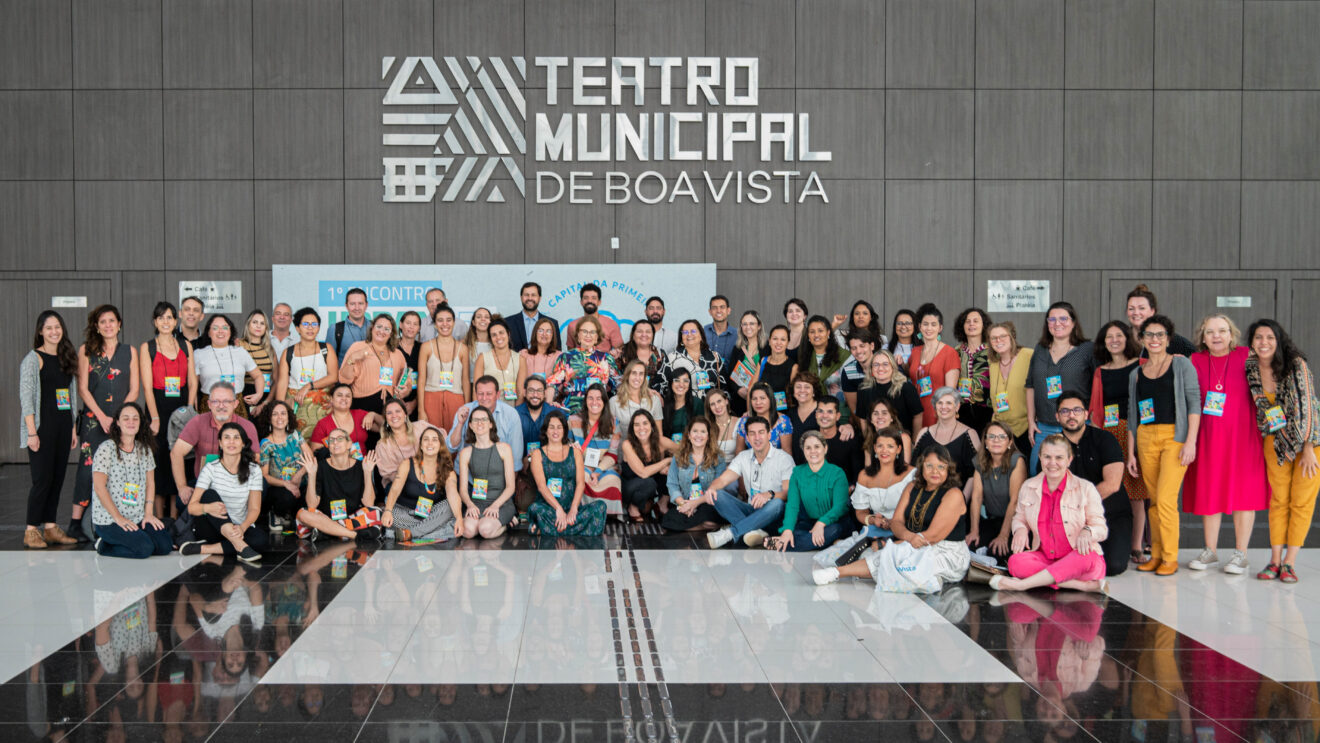 “It is not a coincidence that this first meeting took place in Boa Vista, a pioneer city for the Urban95 network along with Recife and São Paulo,” says Cláudia Vidigal, Representative of the Bernard van Leer Foundation in Brazil. “It was very important for us to show the diversity of Brazilian cities, and how this Amazonian city managed to implement integrated, comprehensive and intersectoral early childhood programmes.” Cities found exchanging experiences on prioritising babies, toddlers and their caregivers in urban planning, programmes and services incredibly valuable. Across several workshops, they highlighted their most prominent projects on topics such as public space and nature, mobility and proximity, intersectoral governance, data culture and behaviour change. Cities also identified common challenges – despite their differing sizes and locations – and found inspiration for possible solutions. 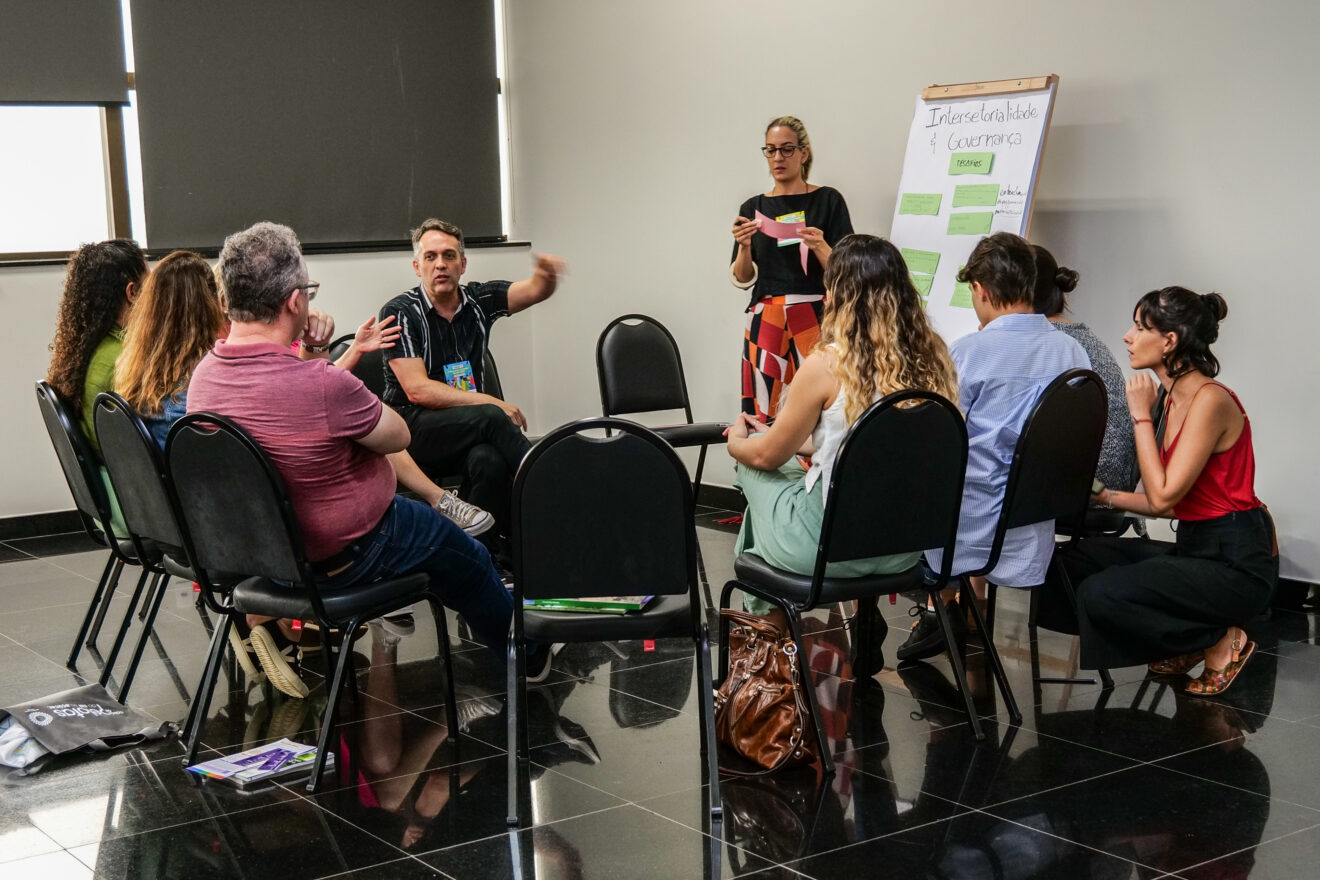 Site visits gave first-hand experience of childhood services and public policies in Boa Vista. These included a model daycare centre; one of the city’s refugee shelters, Rondon 1, that incorporates early childhood-focused public spaces; a baby spa (one of six within the city) located in a health unit of the Família Que Acolhe programme; a water playground at Praça do Nova Cidade; and the Science, Technology and Innovation Center of Boa Vista, which works on early childhood data and indicators for the city.

While on the move around the city, members of the Urban95 Network caught glimpses of Boa Vista’s behaviour change campaign, through messages for parent-child interaction at many of the city’s bus stops. 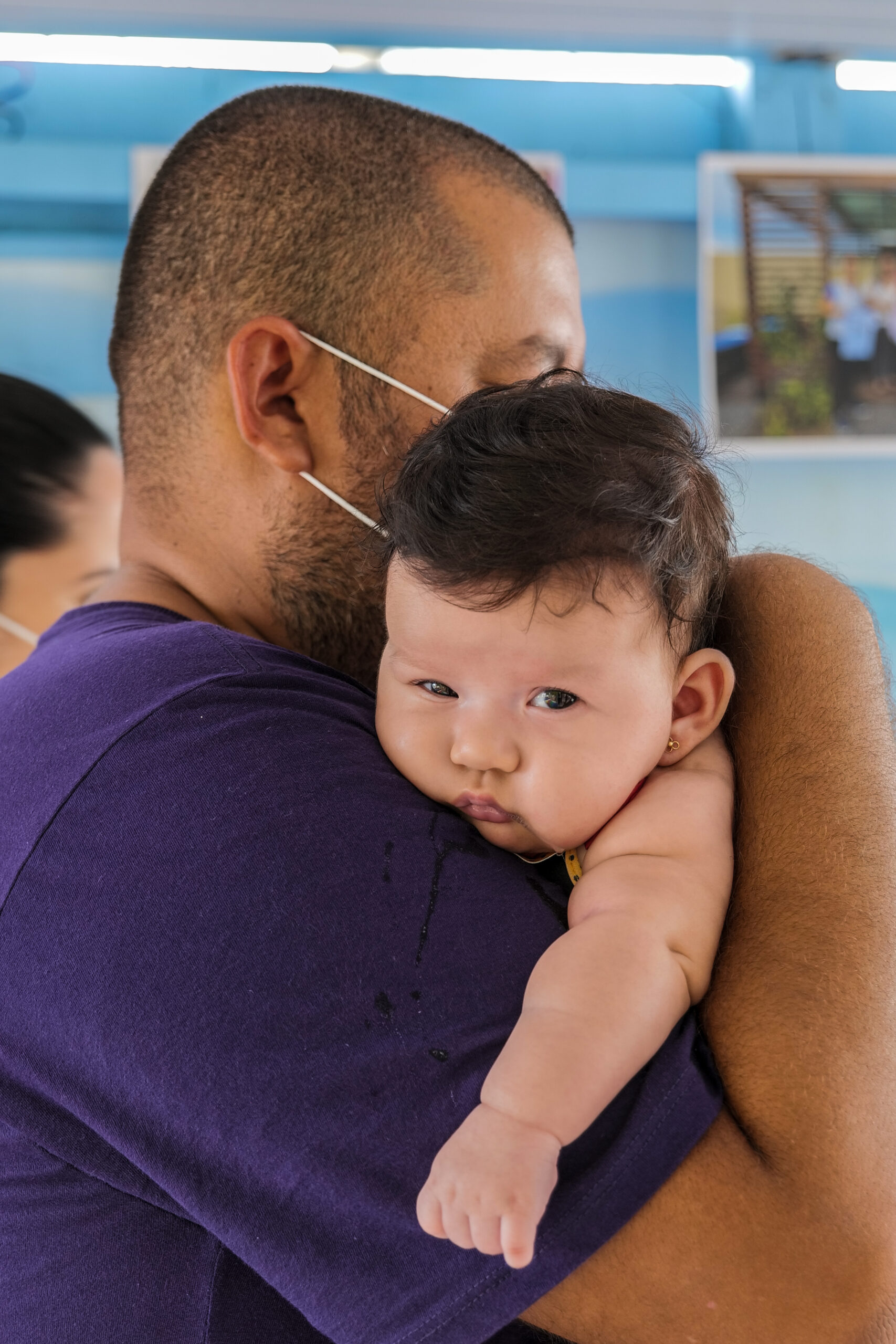 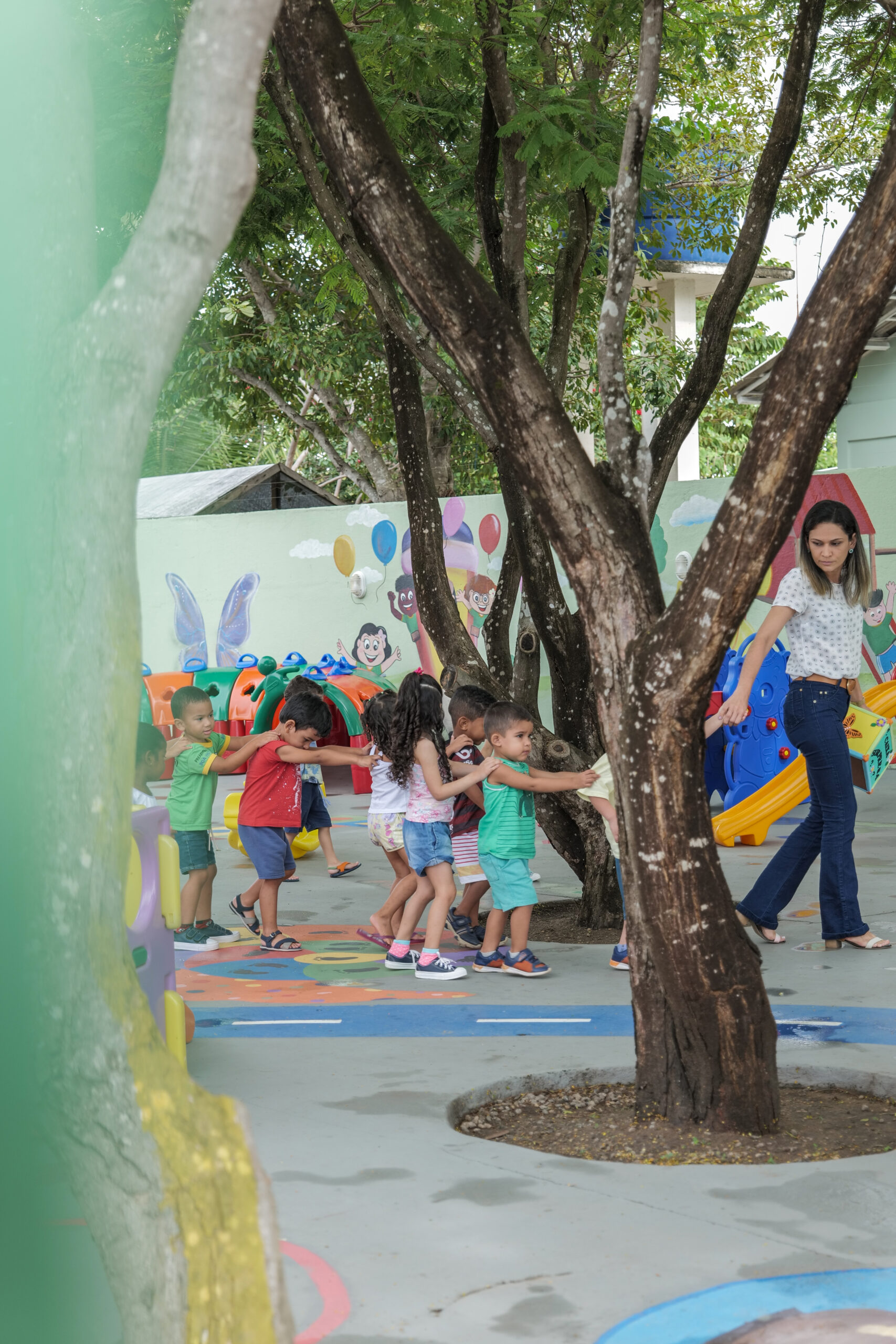 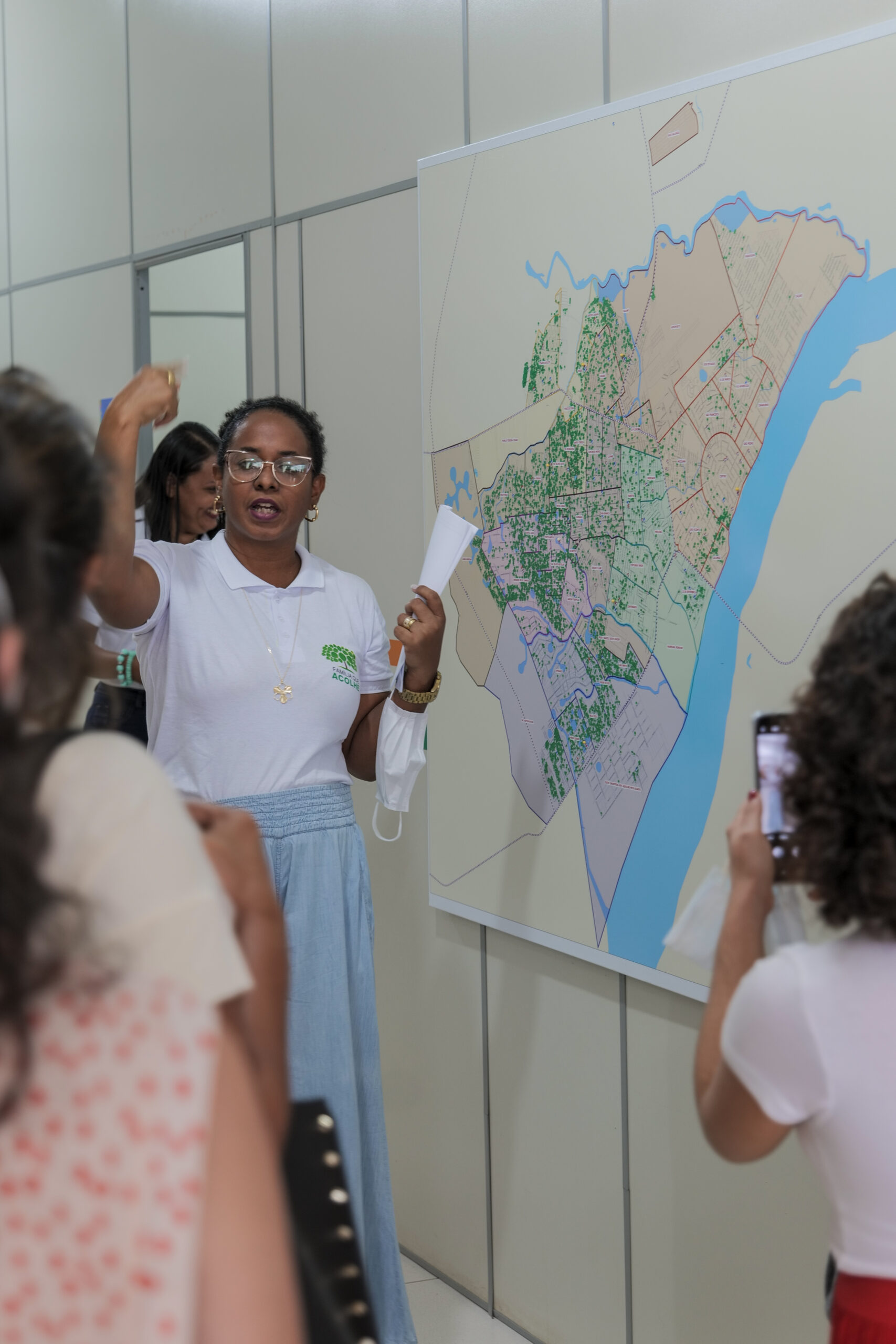 Two new knowledge products were launched during the event. The former mayor of Boa Vista, Teresa Surita, launched her book “Early childhood is forever: public policy guide for children aged 0 to 6 years”, and the Global Designing Cities Initiative (GCDI) presented the Portuguese version of the “Designing Streets for Kids” guide.

The event enabled representatives to make personal connections – for example, since the event the mayor of Boa Vista has visited the mayor of Jundiaí – and participants left Boa Vista inspired to continue the joint-work of improving the lives of babies, toddlers and their caregivers across Brazil. The event was featured on Globo – one of Brazil’s biggest TV channels – as well as in many newspapers. The next gathering will be hosted in Jundiaí in 2023. Until then the cities will be busy putting many of the early childhood development ideas into practice.

About the Urban95 Network in Brazil:

The Urban95 network in Brazil includes 24 cities. Each member city is committed to incorporating a stronger focus on babies, toddlers and their caregivers in their decision making. The network works with each city to identify priorities for interventions, such as mobility solutions and behaviour change campaigns.