Members of the International Step by Step Association (ISSA) have translated selected articles from the 2020 edition of Early Childhood Matters into 13 languages spoken in countries across Europe and Central Asia. 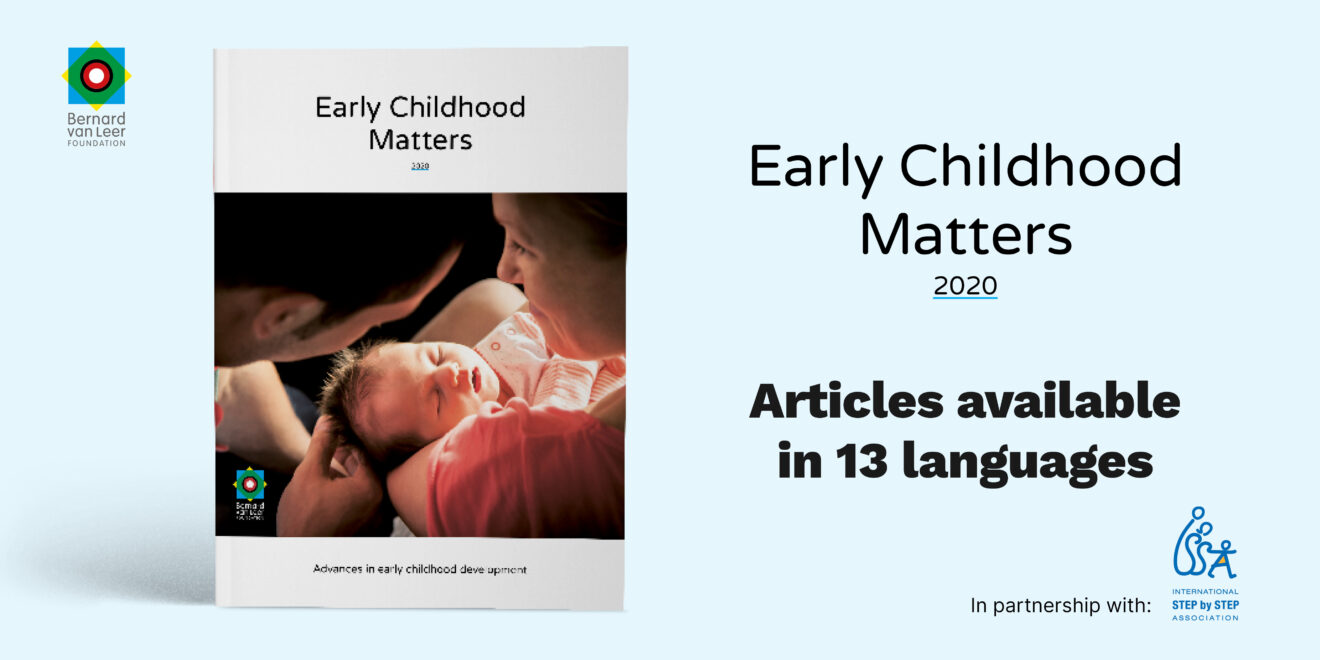 The initiative follows a well-received pilot project in 2019. Readers told ISSA’s evaluators that they welcomed the opportunity to learn in their own language about how the issues they face are approached in other countries. It makes them feel more connected to a wider early years community.

While the pandemic made in-person dissemination of the articles more challenging than in the 2019 pilot, they are nonetheless estimated so far to have reached a readership of at least 136,000 including early childhood professionals, advocates and policy makers.

The changed circumstances also led to new thinking on dissemination techniques, from webinars to online meetings. In Hungary, for example, well-known actress Eszter Ónodi read the article translations in a series of videos on YouTube. In Azerbaijan, the content was discussed on a TV talk show featuring a psychiatrist, lecturer, representative from the Ministry of Education and heads of a non-profit and an orphanage.

You can browse all translated articles, filtered by language, on earlychildhoodmatters.online. ISSA also involved the authors of some articles in webinars, and created videos with the authors of the most popular ones.

The translated articles are already inspiring action. In Romania, they have been used for in-service training of school inspectors and in teacher training. In Greece, municipal representatives who participated in a webinar are developing a strategy to improve synergies among early childhood services. In Bulgaria, discussions on the articles have contributed to an advocacy campaign on national early childhood policy.

As one reader told ISSA’s evaluation:

‘The articles submitted help us a lot to find new ideas that are applicable in our community.’