New guidance for cities on cycling for babies, toddlers and caregivers

Cycling Cities for Infants, Toddlers, and Caregivers is a new publication of BYCS, an Amsterdam-based social enterprise, and the Bernard van Leer Foundation. The 37-page paper sets out the benefits of cycling for children aged 0-3 and their caregivers, identifies barriers, and suggests practical ways cities can address those barriers, from bike-sharing programmes to car-free days as proof of concept. 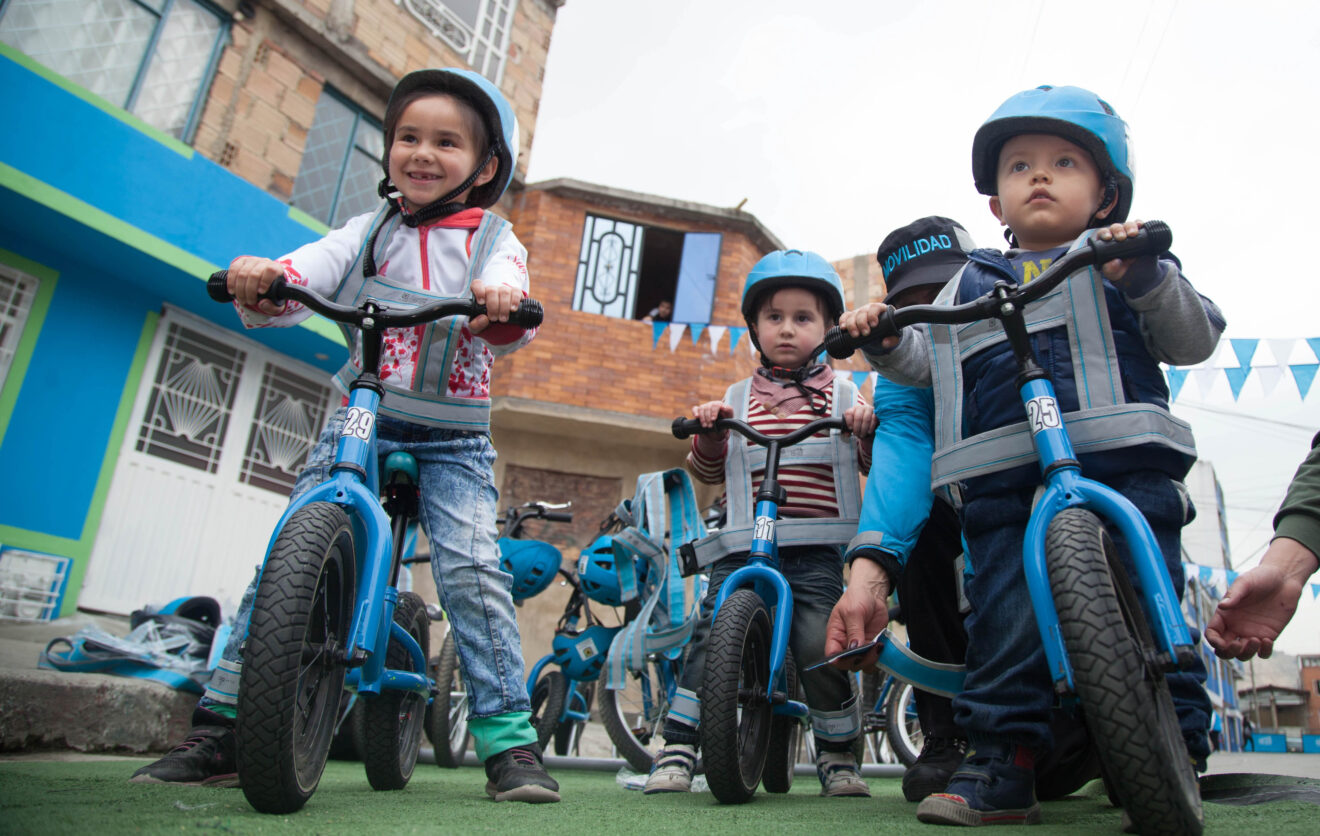 Helping families to cycle can contribute to meeting three challenges faced by many cities: keeping the urban population healthy, minimising air pollution, and shrinking the gap between rich and poor. Yet until now there has been only limited research into the connection between cycling and early childhood development.

‘It is being increasingly proven that children that grow up riding their bikes to their schools feel more comfortable going forward and that becomes their way to get around the city. They go further, and learn to discover and explore their city. I saw this exercise with children that was recently done in Paris where they drew different things and it was interesting to see that those who ride their bicycles to the daycare centre were a lot more creative than children that took a bus or a car.’

The same theme is explored in this conversation between Katelijne Boerma, the Bicycle Mayor of Amsterdam, and Armin Taheri, the nine year old Junior Bicycle Mayor of Amsterdam (the video is available with subtitles in English, Hebrew, Hindi, Portuguese, Spanish and Turkish here). They discuss how separate bike lanes for families can help both caregivers and young cyclists to feel secure:

The authors of Cycling Cities for Infants, Toddlers, and Caregivers conducted interviews with caregivers and experts in early childhood, education, mobility, city planning, government and activism. The paper aims to support and inspire cities that want to promote cycling but are not sure how to accommodate young children and families.