India’s Vice-President, M Venkaiah Naidu, has officially launched a major new report into child development in India published with BvLF support. “We need to understand the crucial importance of this aspect of national development,” he said at the launch, “and take effective steps to ensure all children have a healthy start to their lives.” 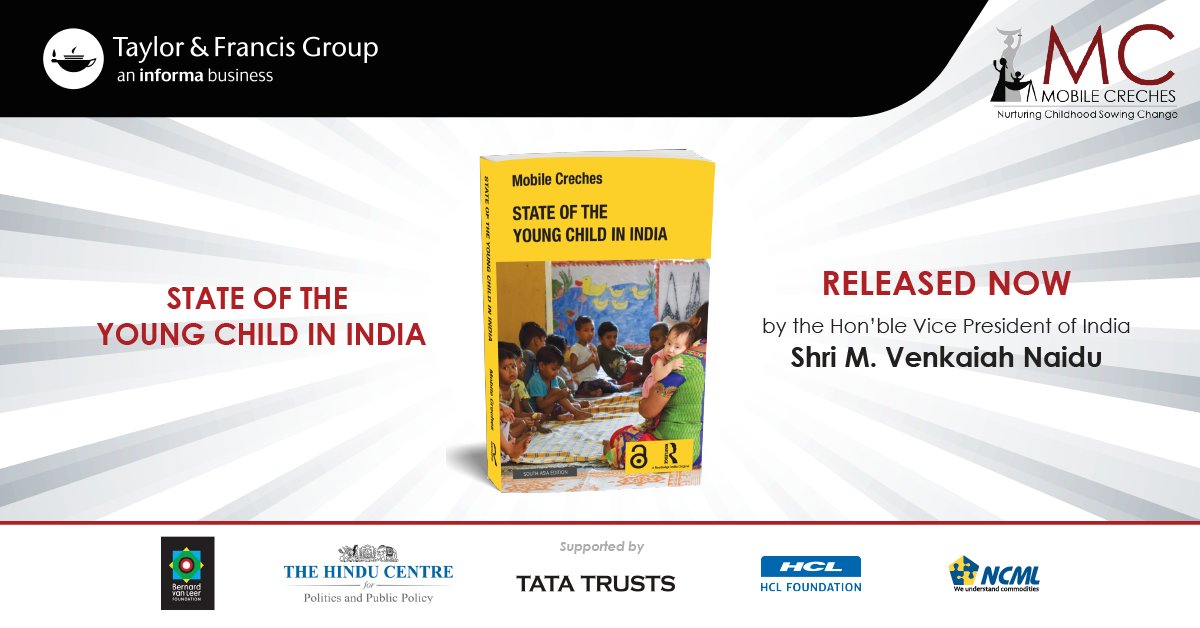 The report, State of the Young Child in India, was put together by longstanding Foundation partner Mobile Creches and published by Taylor & Francis, with support also from The Hindu Centre for Politics and Public Policy, Tata Trusts, HCL Foundation and NCML.

Drawing on specially commissioned background papers, the report assesses the current situation of young children in India and makes recommendations.
It points out wide differences across states in outcomes linked to health, nutrition and cognitive growth, highlighting that while all states have improved to some extent between 2005-06 and 2015-16, there is ample scope for several states to make substantial further progress.
The report introduces the Young Child Outcomes Index as a new way to track performance between states and over time. Indian media has picked up on the index, which has the state of Kerala performing best and Bihar needing most improvement.

Mobile Creches is a leading provider of early childhood services, training and knowledge in India. Based in New Delhi, it works across the country with a focus on the most vulnerable children, in particular those living in slums or who migrate for work with their families.