In two areas of São Paulo – Jardim Lapena and São Rafael – young children and caregivers are enjoying renovated public areas to play and relax. The municipality has already committed to implement similar areas – known as Territórios Educadores, or ‘educational territories’ – in other parts of the city. 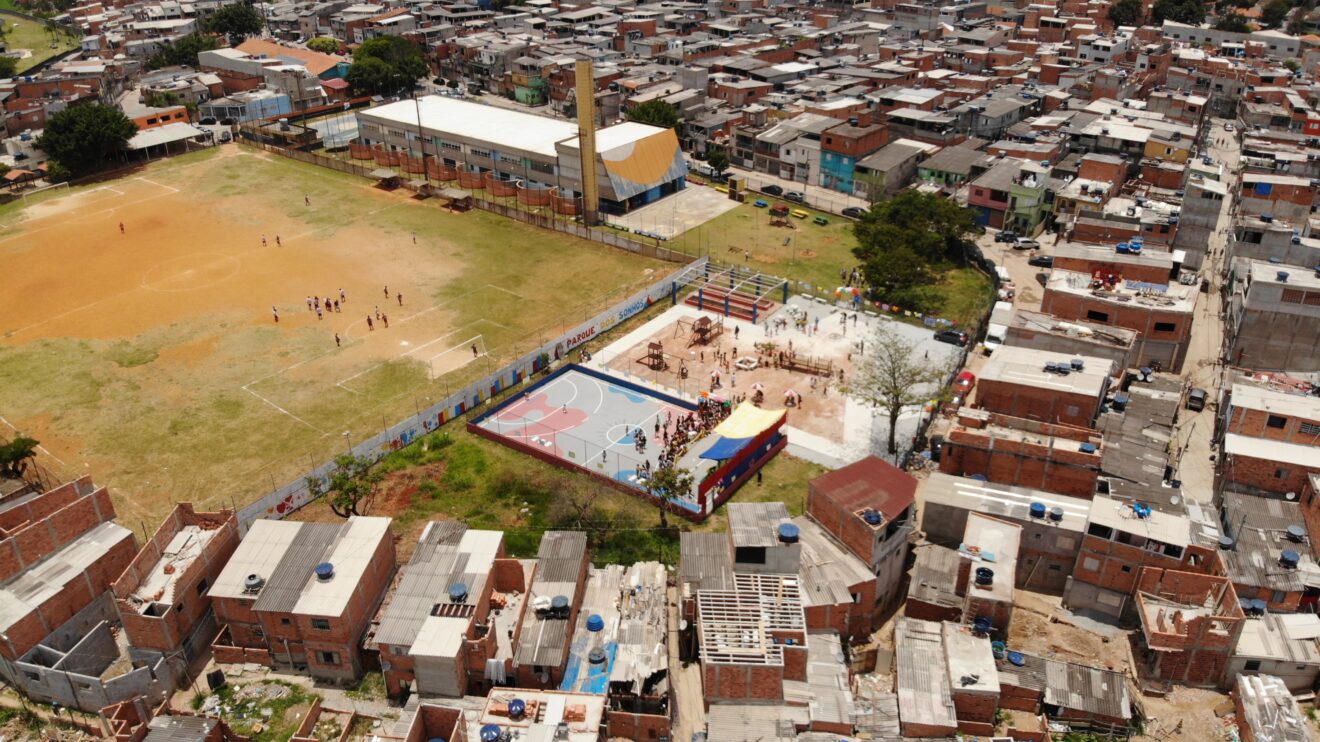 The Territórios Educadores project, supported by the Bernard van Leer Foundation and implemented by WRI Brasil in partnership with the municipal government and other organisations, such as Tide Setubal Foundation, seeks to transform dangerous areas into safe and stimulating environments for families by renovating spaces to play and improving road safety.

Road accidents are the second-highest cause of death among children in Brazil. In São Paulo in 2018, the last year for which data are available, around 1 in 400 children aged 0 to 5 was involved in some kind of traffic accident. One of the main reasons for this is that many children play in the streets because they have nowhere else to go.

Also in 2018, São Paulo approved a new Municipal Plan for Early Childhood including the Territórios Educadores programme. In Jardim Lapena and São Rafael, WRI Brasil worked with local organisations to identify underused public areas that could be given new purpose. 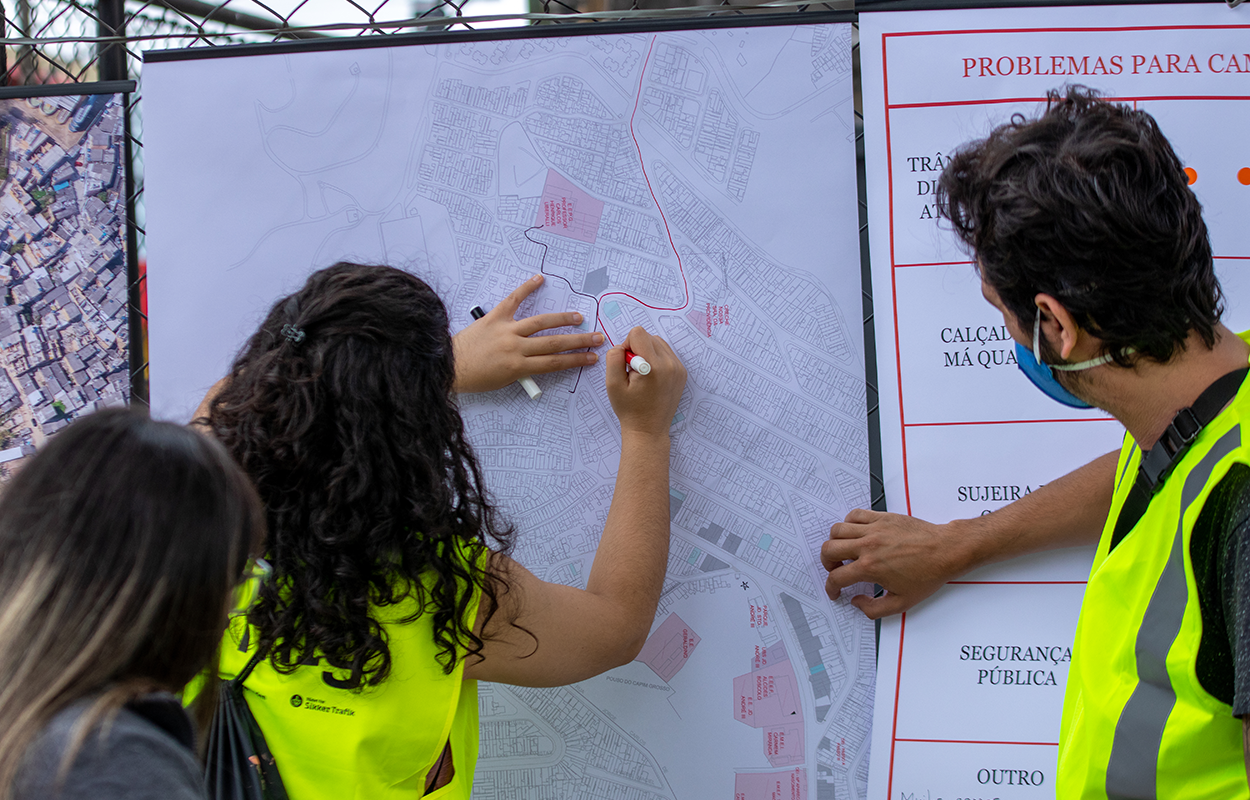 This involved adding new play furniture and places for caregivers to sit, renovating paths so they are suitable for strollers and bicycles, painting walls and planting trees. Community members participated in renovating the areas and now volunteer as guardians to maintain them.

The project succeeded in large part because of the work that went into mapping local stakeholders whose contribution would be vital, such as school directors, and bringing them on board. In Jardim Lapena, for example, the project worked in a space that was owned by a local school but had become run down.

The first results of the project are encouraging. Observations of the renewed ‘Parque dos Sonhos’ in Jardim Lapena show that where previously only boys tended to play in the dirt, now there are at least as many girls as boys and many more caregivers – in all, use of the space has increased eightfold. 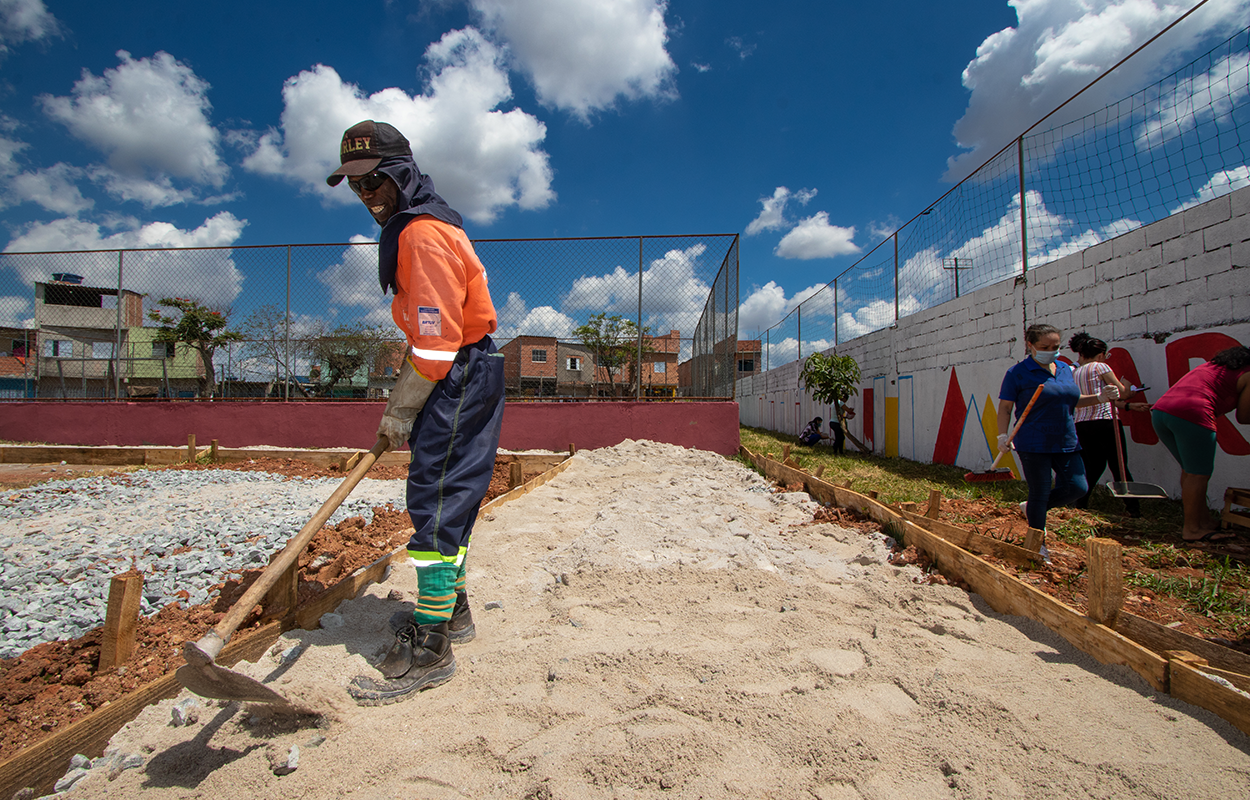 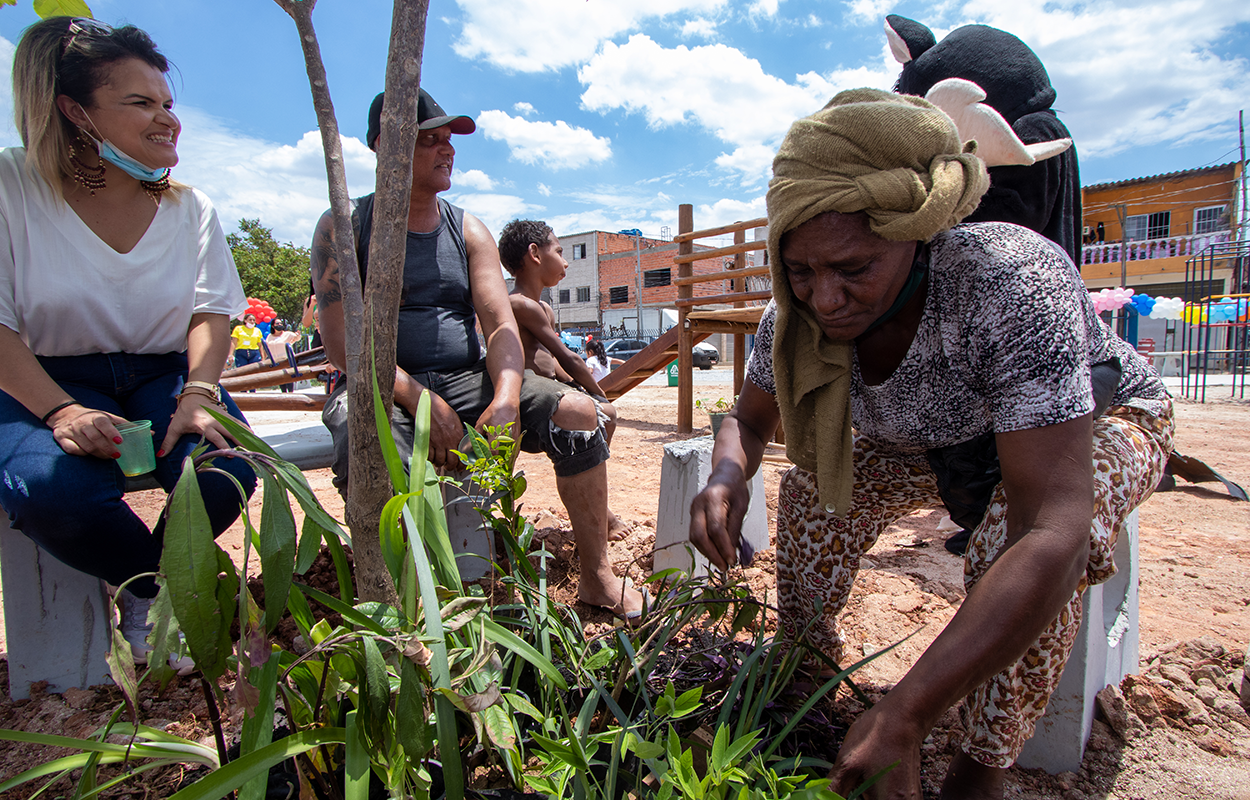 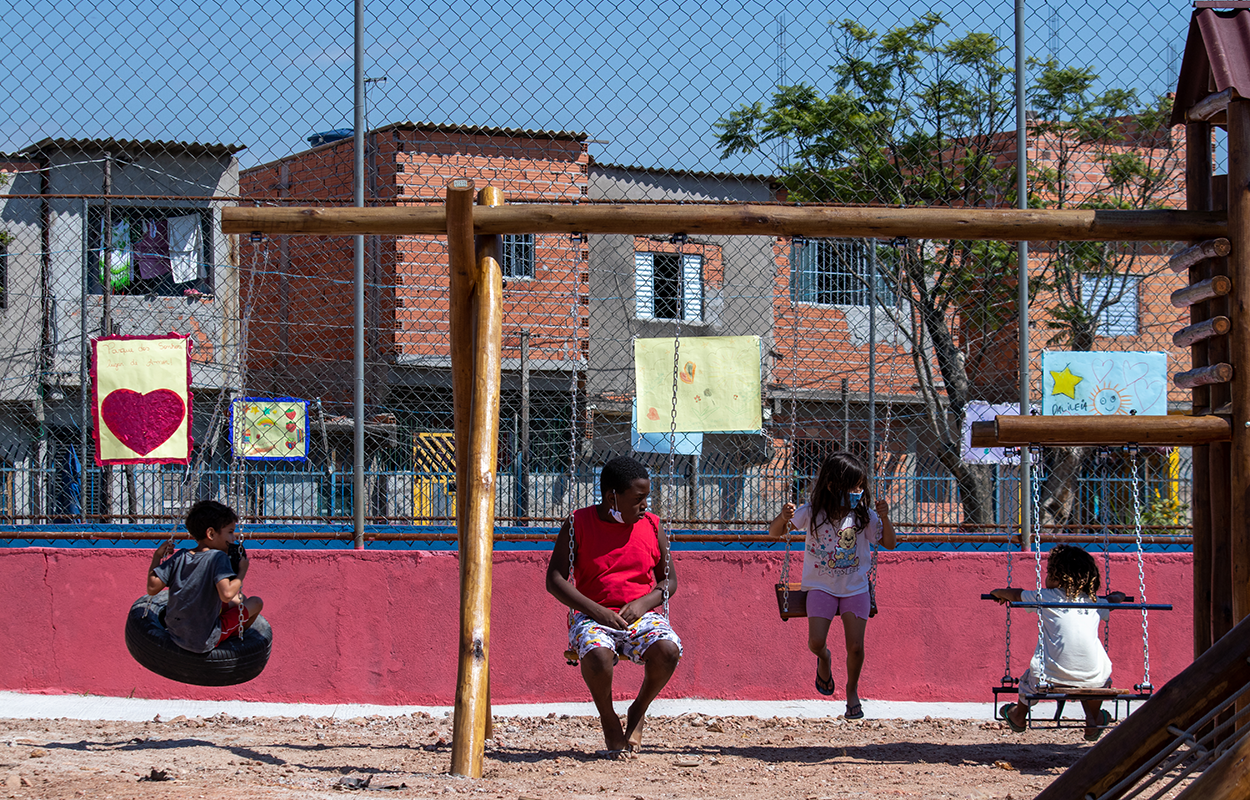 Only time will tell how well the impacts are maintained, and if the communities are taking care of the spaces as planned. Documenting the lessons learned will inform the municipality’s plans for further interventions in 11 areas of the city.

As the biggest city in Latin America, São Paulo continues to be a key part of our Urban95 network in Brazil. Last month two senior members of the municipal government – Alexis Vargas, Executive Secretary of Strategic Projects, and Fernando Padula, Secretary of Education – participated in our executive education programme at Harvard on strengthening early years policies.