Torino has the worst air pollution in Italy – mostly from cars – and this has especially significant impacts on the health of the city’s 43,800 children aged under 5, contributing to illnesses ranging from asthma to pneumonia and a raised risk of lung cancer. Outdated public transport contributes to the high rate of car use. Traffic is controlled in the city centre itself, but this only exacerbates the problem for residents of neighbourhoods just outside the centre.

The project will work with residents of one such neighbourhood, Vanchiglia, to raise awareness of the problem and develop new ways to measure air pollution in areas children use, such as walking routes to kindergarten. The aim is to persuade the city’s government to take action.

Update, December 2017: The project has held workshops with experts and local parents and children, and in November held its first “bike pride” event in which family cyclists and pedestrians occupied a square on which cars are often illegally parked. The project has garnered media coverage in outlets such as La Stampa and Torino Oggi. 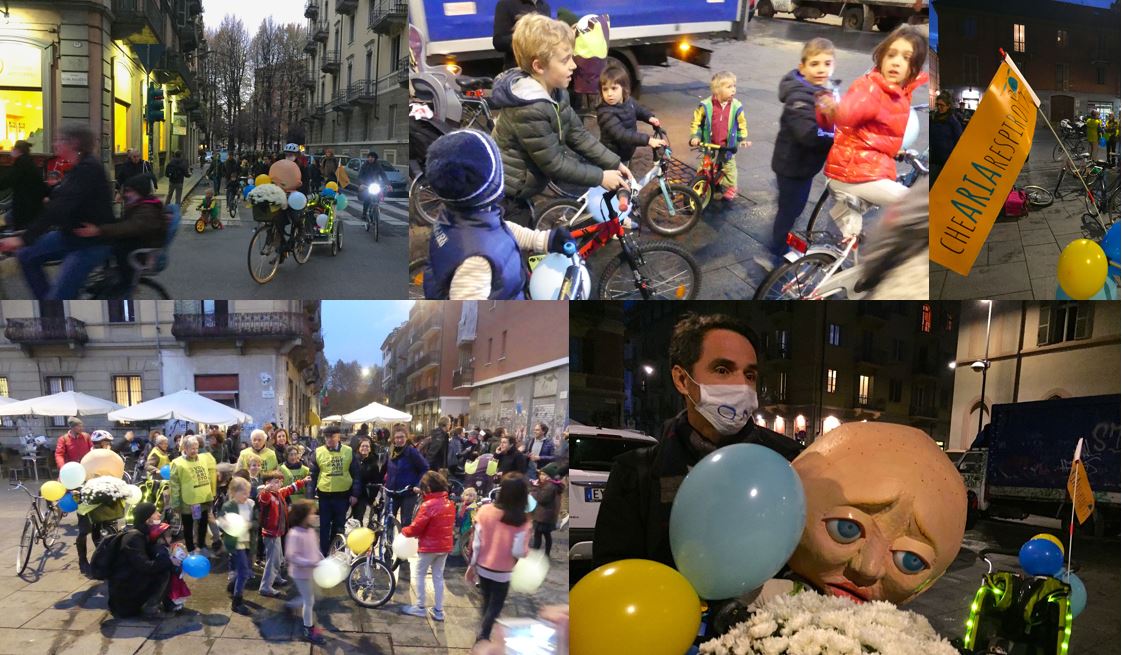