Mapping liveability in parts of Dhaka

Quality of life in rapidly expanding Dhaka is undermined by problems such as congestion and pollution. Across the country, five in six people live on less than two dollars a day – and around five million of the city’s inhabitants live in slums. Various initiatives exist to make Dhaka more “child friendly”, but there is a lack of data on children aged under 5 and pregnant women.

This project will use mobile technology to carry out various surveys and visualise how liveable different parts of the city are for under-5s and pregnant women. It will explore what elements of international child-friendliness indicators are relevant to the Dhaka context, and which are not, and its methodology promises to be replicable globally after being piloted in Bangladesh. 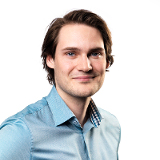