When India’s “smart cities” mission announced its ranking of applicants for support in 2016, Bhubaneswar – the capital of the state of Odisha – topped the list. The Foundation has been working with city authorities and India’s National Institute of Urban Affairs to make sure that it becomes not only a smart city, but India’s first child-friendly smart city. Bhubaneswar became in 2016 one of the first partner cities for the Foundation’s Urban95 initiative.

The city is expanding quickly, like many in India, leading to chaotic growth concentrated on informal, slum settlements with inadequate infrastructure. Problems faced by young children include open defecation; parks not being accessible; lack of footpaths, streetlights, and safe places to cross roads; and children in some neighbourhoods needing to use public transport, which is not child-friendly, to get to the nearest school.

In collaboration with the National Institute of Urban Affairs in New Delhi, the Foundation set up and is funding the Child-Friendly Smart City Centre, which is now part of the Bhubaneswar Development Authority.

The Child-Friendly Smart City Centre is now providing technical and capacity building support to urban planners and other municipal staff, working to create guidelines, regulations and best practices. It is working on projects such as retrofitting city parks to be child-friendlier, mapping where children and families live in the city and what services are available to them, and exploring how to improve traffic management on selected streets near schools.

On December 2, 2019, over seventy city leaders, planners, designers and thinkers from around the world committed to making cities better for babies, toddlers and caregivers, gathered in Rotterdam for… Read more Read full blog
An Urban95 Starter Kit - ideas for action 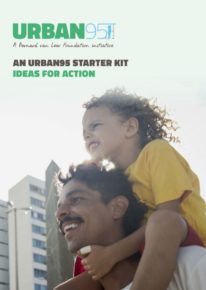 Based on learnings gathered from Urban95 initiatives across the world, this Urban95 Starter Kit serves as a starting point to help cities understand the value of investing in their youngest… Read more Read full publication
The first of many smart and child friendly cities in India

When India’s “smart cities” mission announced its ranking of applicants for support in 2016, Bhubaneswar – the capital of the Indian state of Odisha – topped the list. Having worked with… Read more Read full case
Bhubaneswar appeals to children during Hockey World Cup 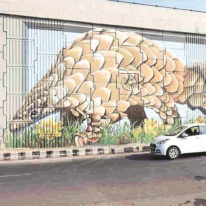 The Indian Express reports on how Bhubaneswar is taking forward its child-friendly agenda through 3D artworks and storytelling events timed to coincide with the Men’s Hockey World Cup, being held… Read more Read full news
Leaders from Delhi and Bhubaneshwar visit London for Urban95 study tour 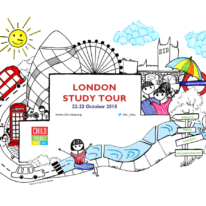 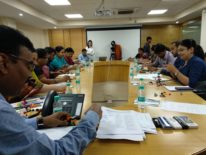 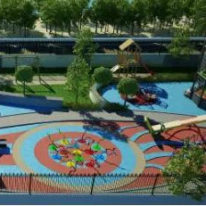 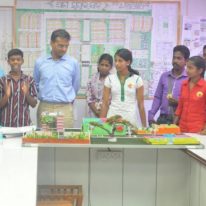 Covered drains, no prickly shrubs and houses with a separate room for children to sleep in are among the proposals presented to the Bhubaneswar Development Authority by seven of the… Read more Read full news
Children are sanitation ambassadors in India 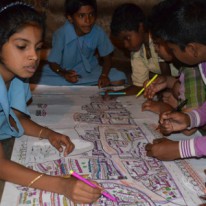 Open defecation is a particular problem for young children in Indian cities such as Bhubaneswar, with unhygienic conditions spreading diarrhoea and other diseases. Women are also at risk of sexual… Read more Read full case